Swedish Churches Are Closing to Save Energy

Sweden is closing churches and switching off saunas in many of its cities in an effort to lower its energy consumption and reduce costs this winter. 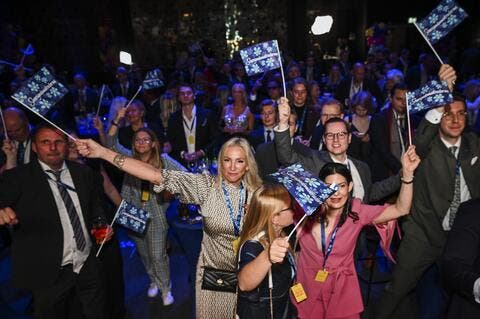 Andreas Mansson, an engineer who oversees the energy needs of churches in the Lund diocese, said 150 out of 540 churches in the diocese will be fully or partially closed this winter as part of national efforts to reduce energy consumption.

“There’s no doubt that heating is the greatest expense, lots of the buildings have quite bad insulation," he told local daily Dagens Nyheter.

Lund has invested "a lot in making the buildings more efficient," he said, "but we’re still talking about large buildings with a large volume that swallows up heating.”

Those churches that will manage to stay open will be lowering heating down to 11 or 18 degrees Fahrenheit to reduce the high energy costs so that they can operate throughout the season, P4 Radio Halland reported.

“It’s about keeping our budget in balance and obviously also about showing solidarity with the rest of society," Vicar Joachim Franzen in the western Halland county told the radio station.

Also, saunas and heated swimming pools will either be closed or operate with lowered temperature.

Closing churches and switching off saunas: How Sweden is saving energy https://t.co/olYBS7gC3M

In Malmo, for instance, the city council is planning to close facilities fully or turn down the temperature in swimming pools.

In an interview with public broadcaster SR, Malmo's Mayor Katrin Stjernfeldt Jammeh said: “We have very energy-intensive leisure centers with saunas, with heated swimming pools for example, that’s the kind of thing we’re looking at to see if we need to close down temporarily or turn down."

Government authorities in 200 Swedish municipalities were also asked by the government to reduce their energy consumption before winter months.

Earlier this month, Energy Minister Khashayar Farmanbar said authorities and the public sector "can and should lead the way on this," and that it is important "that all of society contribute toward lowering energy usage."

European countries are taking various measures to limit energy usage in the wake soaring prices of electricity and natural gas.

The price hike has partly been caused due to Russia's threat of completely cutting off gas supplies to Europe in retaliation to sanctions by Western nations over Moscow's ongoing war in Ukraine.