Published May 9th, 2021 - 08:14 GMT
Muslim bride with jewelery in a headscarf hijab (Shutterstock)
Highlights
Marriage threefold of divorce in Iran

Iranian benefactors have provided 37,864 home appliances worth 419 billion rials (nearly $10 million at the official rate of 42,000 rials) to support the marriage of financially struggling couples. 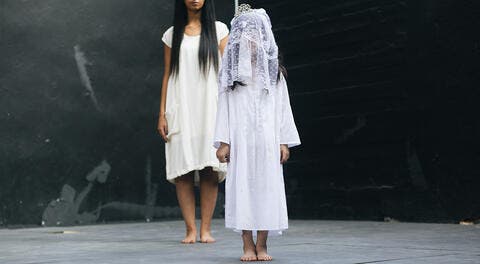 As an integral part of the Iranian marriage tradition, the bride’s family provides the couple with furniture and home appliances (called Jahiziyeh in Persian) several days before the wedding.

A national campaign launched by the Ministry of Sport and Youth to facilitate and remove barriers to youth marriage and with the aim of providing Jahiziyeh to the needy couples throughout the country, IRNA reported on Thursday.

Hilariously ironic since @jadapsmith is in an open marriage & committed adultery. If she actually lived in Iran, SA,Iraq, Afghanistan, or Pakistan, she would be stoned to death. https://t.co/OwbcNpsJps

There are several organizations and numerous charities in Iran which help support the marriage of deprived couples or support the couples experiencing fertility problems.

The Barakat family growth plan has been implemented since 2015, which resulted in the identification of 13,270 infertile couples in rural areas, and 7,000 of whom have been introduced to medical centers and received treatment.

Marriage threefold of divorce in Iran

Some 307,349 marriages and 99,679 divorces have been registered in the country during the first seven months of the current [Iranian calendar] year (March 21-October 21), according to the statistics of the National Organization for Civil Registration.

In December 2020, Seifollah Aboutorabi, the National Organization for Civil Registration spokesman said that during the first 9 months of the current [Iranian calendar] year, some 853,084 births were registered across the country, as well as 397,501 deaths during the same period.

The laws of the Islamic Republic of Iran make it legal for a Muslim man to have multiple wives! In this government, in addition to a permanent marriage that allows a man to have four permanent wives, a Muslim man is allowed to have as many temporary wives as he wants...! pic.twitter.com/BmkjXVx3re

The fertility rate in Iran has been declining over the past eight years, the lowest of which was related to the past [Iranian calendar] year (March 2019- March 2020) with a birth rate of 1.2, according to the data published by the Statistics Center.

The number of births in the whole country faced a downtrend over the past three years, as registered births decreased to 1,196,135 over the past [Iranian calendar] year; a difference of roughly over 120,000 to 16,000 per year.

Population decline comes up with consequences, including the reduction of the working population (aged 15 to 64) and the aging population in the coming decades. 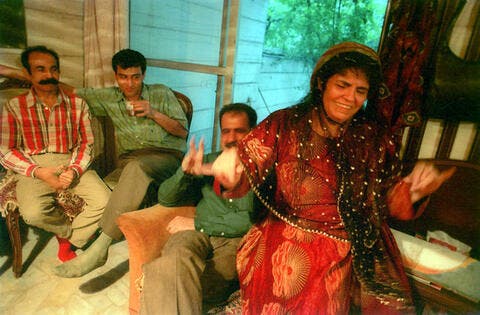 Iran Says 'Yes' to More Wives, But 'No' to 'Pleasure Marriages'

Nicholas Eberstadt, the Henry Wendt Chair in Political Economy at the American Enterprise Institute (AEI) wrote in an article earlier in July that the fertility rate in Iran has dropped by 70 percent over the past 30 years, which has been the highest decline in human history.

Melinda Gates, an American philanthropist and co-founder of the Bill & Melinda Gates Foundation, also wrote on her Twitter account that “The fastest decrease in the rate of childbearing per woman in the history of the world has happened in Iran!”

Jewish Extremists in a 'Pulsa Denura' Rite For Curse, Death on Naftali Bennet