Published December 8th, 2021 - 07:08 GMT
While many organizations and people are actively working towards completely diminishing violence against women and girls, we still have a long way to go. (shutterstock)

Living in a world where violence and wars are on the rise, chances are you have seen or heard about gender-based violence. Some of us have even experienced it firsthand. Whether we care to admit it or not, violence against women and girls (VAWG) happens everywhere. The UN even reports that VAWG is one of the most widespread and devastating human rights violations worldwide today. 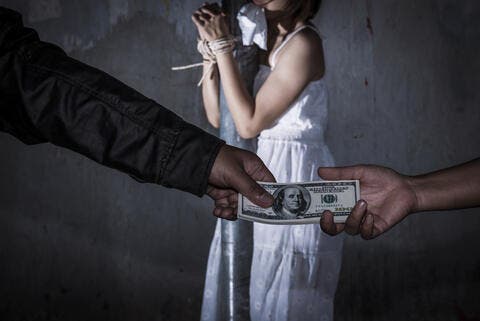 Unraveling the World of Human Trafficking

Violence against women and girls is a human rights violation that’s been perpetuated for decades.

It’s pervasive, but it’s not inevitable, unless we stay silent.

Speak out, #OrangeTheWorld & break the cycle of abuse during #16Days of Activism! pic.twitter.com/FWTWtT8sCD

The thing with gender-based violence and abuse is that its impact goes beyond just the act itself. While violence and abuse can be physical, sexual, mental or emotional, the outcome is always the same; women and girls are being violated and have their rights ripped away from them.

Gender-based violence entails a wide range of violations that are disturbing to think about let alone witness or be subjected to. Intimate and sexual violence, human-trafficking, female genital mutilation and child marriage are all different kinds of gender-based violence. It is said that around 736 million women across the globe were subject to some form of intimate partner violence or non-partner sexual violence, and some even both!

That is 1 in 3 women! These numbers do not even include those who have been sexually harassed and had to suffer from either mental or physical illnesses as a result. The psychological, sexual and emotional consequences that violence entails can be so devastating that it can impact a woman's entire life.

From early childhood to adulthood, women who had their rights violated will most likely suffer from major health issues that can sometimes lead to death. Being ripped from your basic human rights can lead to mental and physical diseases that can significantly effect a person’s quality of life.

When it comes to gender-based violence, and really any form of violence, that devastates the lives of millions, immediate action is necessary. Back in 1991 activists in the inaugural Women’s Global Leadership Institute started what is known as the 16 Days of Activism against Gender-Based Violence.

This annual international campaign extends for 16 days starting on November 25th of every year until December 10th. It is meant to serve as a way to raise awareness and call for action to put an end to violence against women. The campaign aims to tackle important women related issues that need to be addressed and resolved.

The campaign also tackles violence against domestic workers, whose rights seem to have been blurred with the fact that they reside in the same place they work. If you look at the numbers and the world we live in now, you can easily see that domestic violence and really any form of gender-based violence has significant impact that extends beyond just violating the rights of women.

Not only is the world abusing and violating women rights but it is causing severe economic, social and cultural distress that will require decades to recover from.

Girl advocates from around the world want you to hear these powerful messages during the #16Days of Activism against Gender-based Violence👇 pic.twitter.com/jFOEW9PRmN

Furthermore, with this year marking the 30th anniversary of the 16 Days of Activism against Gender-Based Violence campaign, a special theme is being introduced to tackle femicide, a crucial issue that is prematurely ending the lives of women worldwide. In fact, it is reported that around 87,000 women were intentionally killed in 2017. So does that mean a woman's own home is the most dangerous place to her?

So if women can’t feel safe in their own home then where will they? The reality of it is that these stories are heartbreaking and very much real. But that does not change the fact that no women should have to face the reality of being brutally murdered let alone by someone close to her.

“Femicide is a crime against all of humanity.” — Richard Lagos, Former President of Chile

Another pivotal campaign tackling violence against women and girls is the United Nations Secretary-General’s UNiTE by 2030 to End Violence against Women campaign (UNiTE campaign), which was launched in 2008. By using online petitions, digital platforms to raise awareness and speak up, and engaging with schools and organizations, it helped put in motion about 5 million actions between 2009 and 2013. 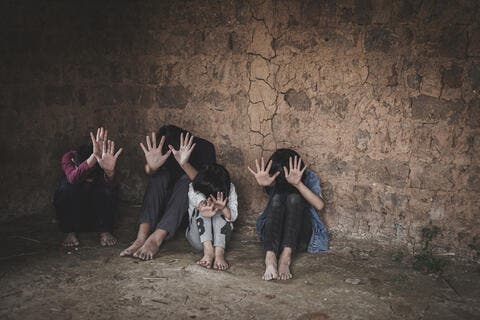 Child Abuse and Trafficking: The Modern Day Slavery of Children

UNiTE campaign uses the color orange to hope for a better and brighter future for every woman. With this year’s theme set to be Orange the World, it is meant to be a way to advocate for gender-equality and better behavior towards women and girls.

While many organizations and people are actively working towards completely diminishing violence against women and girls, we still have a long way to go. And it is imperative that more and more is done so that every woman and girl can feel safe at home, school and on the street. We are all part of this world and owe it to ourselves and every single woman out there to speak up, intervene and create a safer world.

Don’t be an accomplice to perpetrators of violence by being a bystander.

Speak up, intervene and show you stand with survivors during the #16Days, and every day.#orangetheworld pic.twitter.com/r6hDsRsbor