Tourette Syndrome Puts the T in Tics & Yet Goes Unnoticed

Sometime during this past month, I came across a Tedx Talk organized by Jubilee School in Jordan. And while I listened to many people share their stories, one in particular stuck with me. It was when TV Presenter and Founder and Owner of 'Identity Adult Coloring Books' Line, Jude Jweihan, came up on stage and shared her story with Tourette Syndrome. To be frank, her story caught me by surprise for two main reasons. One is that I was oblivious to what Tourette Syndrome is, and two is that it made me wonder how no one was able to notice it even though she has quite the presence on social media and TV! 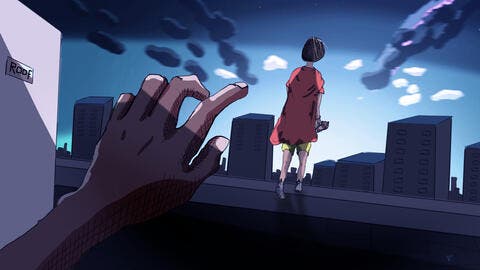 And as the curious person I am, I decided to dig deep into what Tourette Syndrome (TS) is. In short, Tourette Syndrome is a condition that affects a person’s nervous system, and causes involuntary movements and sounds called tics. Tics are hard to control, and even though some people try to stop it, they will eventually have to do the tic.

This sense of being unable to control your own body can make you feel as though something is wrong with you and therefore TS can severely impact a person’s life. A person who has TS usually starts developing symptoms between the ages 5 and 7, and the symptoms only keep getting worse up until adolescence. The majority of people with TS usually see improvements as they move into adulthood and some even can become tic-free. However, for every rule there is an outlier, and unfortunately for some people, the tics only get worse as they grow older.

We’ve all heard it all before…
The punchline from the comedian.
The quip from the politician.
The excuse for someone’s bad behavior.
The slur of an insult.
But what people fail to understand is that they aren’t funny.
The media portrays TS as a joke; it’s anything but. (1/6)

But the major problem with Tourette Syndrome is that it can be difficult to diagnose, especially in regions where people are not aware of it. Diagnosing TS does not happen with a blood test or a scan, all the doctor can count on is the the patient's medical history. And therefore for some people, this means spending a lifetime believing that there is something seriously wrong with them simply because no one was able to diagnose them.

“I have known since I was a little kid that there was something wrong. I used to think that it was me, that I was the problem. And even though my family went to see many doctors, no one was able to know what was wrong. Everyone just casually brushed it under the carpet saying that this is because of stress. But I always knew deep down that something was not right. It was only when I turned 26 that I finally knew I had TS. Everything started making sense after that.” - Jude Jweihan

Not only is TS hard to diagnose, but kids can get bullied for being “weird”. In fact, it is reported that around 160,000 kids with TS do not attend school in fear of being bullied. Which comes to show that schools, families and communities do not have enough knowledge about Tourette Syndrome and the impact it entails. It is crucial that students and teachers learn about TS and how to help kids who have it.

The social stigma surrounding it can take its toll on a person’s quality of life, as the world tends to throw around judgements and hurtful comments without knowing the severity of what they are doing. In order to help diminish this stigma and help people feel less alone, we need to acknowledge and be aware that Tourette Syndrome is a disease and having it does not make a person crazy or any less. Speaking up and raising awareness about it means that people with TS can finally get the chance to live without the fear of being judged or bullied.

“The worst part about having TS was not knowing. Because here is the thing, having it does not make me or you any less. I mean some of the most successful and influential people have it. The only thing that bothered me was the fact that I spent almost two decades not knowing. Not one doctor brought it up. They were oblivious, and so was everyone around me.” - Jude Jweihan

The lack of awareness and ability to diagnose TS creates a double-whammy effect that can impact a person’s mental health. A study even shows that people with Tourette are more likely to develop a mental illness. Hence, raising awareness means educating people about the tools that they can use to help them cope with TS. While there is no cure for it until today, there are still ways that can help a person control their tics, such as taking medications or going to therapy.

There is so much more to #TouretteSyndrome than people may realize. Visit https://t.co/ObluTkxokB to learn about the most common conditions associated with TS.#TouretteAwareness #TouretteAwarenessMonth #Tourette pic.twitter.com/sKe4OoCUKF 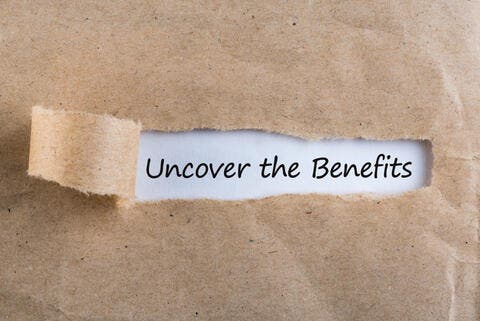 There is no shame in having Tourette or any other disease for that matter, because at the end of the day, we are not defined by the things we have, but rather how we choose to handle the punches thrown our way.

The only thing we have to do is be kind to one another.

We are all humans, and we all need each other to push through.