A mystery object seen in the sky in India has left locals baffled, wondering if it was a fireball or part of the Chinese space rocket that crashed in the Indian Ocean last night. 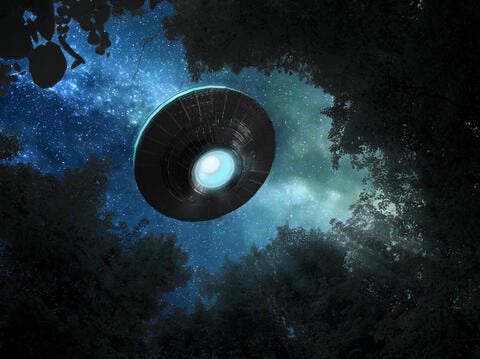 UFO Spotted in Hawaii Falling into the Ocean

Eyewitnesses described a sparkling object which pulsed in the sky for several seconds before vanishing.

Some speculated the object might have been a spaceship, or even debris from the Chinese rocket, Long March 5B.

In the video, a disc-shaped UFO can be seen in the skies, and it has made several people believe that alien existence on earth could be real https://t.co/qkyx2z94mp

The 18-tonne rocket reentered Earth's atmosphere near the Maldives last night, broke upon reentry and crashed into the Indian Ocean.

Footage of the strange fireball showed the bright orange object with yellow spheres appearing to expand and contract in the sky.

Other eyewitnesses speculated the unidentified object was a fireball, burning helium balloon, or a space ship.

Ali Mohammad said:  'The UFO was extremely bright like a fireball circling around night skies. It was something that I haven't witnessed my entire life it spooked me'.

In the video, a curious young onlooker can be heard asking her father, 'is it burning helium balloon or the spacecraft?'

A similar shiny object was found by a Pakistani pilot in January.

He spotted the shiny unidentified object near Rahim Yar Khan while operating an Airbus A-320 from Karachi to Lahore.

In 2012, a luminous flying object was also reported flying over Ladakh in India's Himalayan border with China.

China's Long March rocket crashed near the Maldives in the Indian Ocean early on Sunday.

Had seen a light in the sky 7pm IST in Hardoi on 26 APR 2021, I thought it was an shooting star🌠 but after it blinking with red light also.
I don't know what it was , a playing toy , a drone or a UFO . But it was not an Aeroplane. @isro @India_inSpace it should be investigated pic.twitter.com/ka4qTmZZG2

The Long March 5B - comprising one core stage and four boosters - lifted off from China's Hainan island on April 29 with the unmanned Tianhe module, which contains what will become living quarters on a permanent Chinese space station.

Debris from Chinese rocket launches is not uncommon within China. In late April, authorities in the city of Shiyan, Hubei Province, issued a notice to people in the surrounding county to prepare for evacuation as parts were expected to land in the area.

The empty core stage has been losing altitude since last week, but the speed of its orbital decay remained uncertain due to unpredictable atmospheric variables. 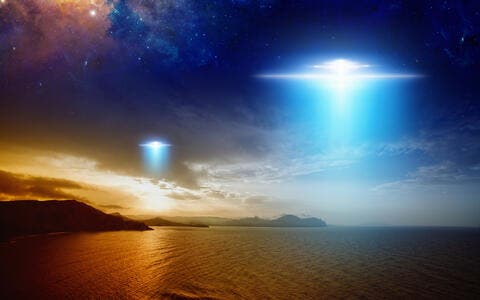 UFOs on Earth: Pentagon Tries to Gag Photo of 'Silver Cube' Over The Atlantic

It is one of the largest pieces of space debris to return to Earth, with experts estimating its dry mass to be around 18 to 22 tons.

In 2020, debris from another Long March rocket fell on villages in the Ivory Coast, causing structural damage but no injuries or deaths.