ALBAWABA - Jordan’s national dish, Mansaf, was inscribed on the Representative List of the Intangible Cultural Heritage of Humanity during a UNESCO event in Rabat, Morocco.

“Al Mansaf is a festive dish that is central to Jordan’s socio-cultural events. An important and well-known symbol that evokes a deep sense of identity and social cohesion, it is associated with the agropastoral lifestyle in which meat and dairy are readily available,” said a statement on UNESCO's Website.

The Jordanian delegation on Wednesday celebrated the Intergovernmental Committee’s decision to inscribe Mansaf, a dish of rice, lamb and dried yoghurt, widely called jameed, on the Representative List of the Intangible Cultural Heritage of Humanity.

The UNESCO event in Rabat, which runs from November 28 to December 3, features over 1,000 participants from around the world. 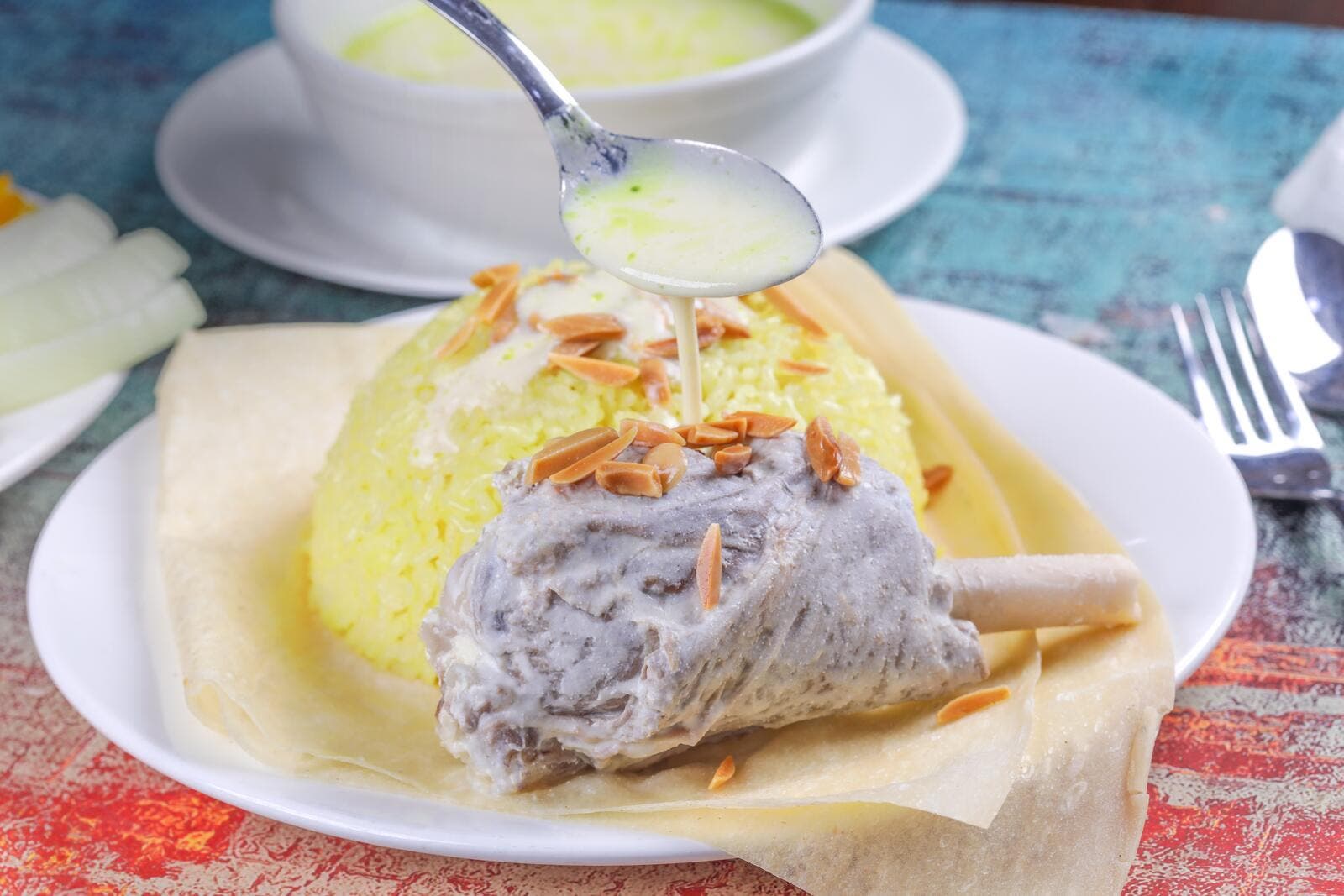 “The Jordanian delegation consisted of the representative from the Jordanian Ministry of Culture and Jordan's Ambassador to France Makram Al Qaisi,” said Yarmouk University Professor of Archaeology and Anthropology Hani Hayajneh in an interview with The Jordan Times.

According to Hayajneh, the UNESCO Intergovernmental Committee‘s decision emanates from the fact that this tradition constitutes a major intangible component of communities of all origins and tribes in Jordan, whether nomadic, semi-nomadic, semi-sedentary, sedentary or rural. Its adherents also include city inhabitants who stem from different tribal and regional affiliations.

Hayajneh said that Mansaf, as a festive dish, is customarily central to many socio-culturally important occasions.

“As such, it is an important and well-known symbol that evokes a deep sense of identity, social cohesion and attachment. It is the core to other associated intangible cultural heritage elements that can mainly be achieved through [the custom], and at the same time is associated with the agro-pastoral lifestyle in which meat and dairy are readily obtainable,” noted Hayajneh, who is an expert in the field of intangible heritage.

Furthermore, mansaf and its related practices are a communal expression and a primary medium of social interaction within communities and social groups, Hayajneh maintained. He added that serving the dish is the measure of a host’s appreciation of his guest and an expression of “karam”, or “generosity”: The merit of providing safety and security.

“It is a manifestation in which communities and individuals of all backgrounds equally participate to meet the requirements of ‘hospitality’, which is a social interchange apart from commerce and politics,” Hayajneh said.

Serving and accepting the dish denotes the fulfillment of a cultural prerequisite, such as the celebration of childbirth, “sulh” (reconciliation following a dispute), “atwa” (truce), or the establishment of a reciprocal pledge between households or tribes. The dish is also a prominent feature of occasions hosted by Jordan's Christian and Muslim communities.

Regarding the UNESCO meeting in Rabat, Hayajneh said that the core function of the Intergovernmental Committee for the Safeguarding of the Intangible Cultural Heritage is to promote the “objectives of the convention, provide guidance on best practices, and make recommendations on measures for the safeguarding of intangible cultural heritage”.