A Rhode Island waitress said a "stressful morning" turned into an "awesome day" when a pair of customers left her an $810 tip on a $48.17 bill. 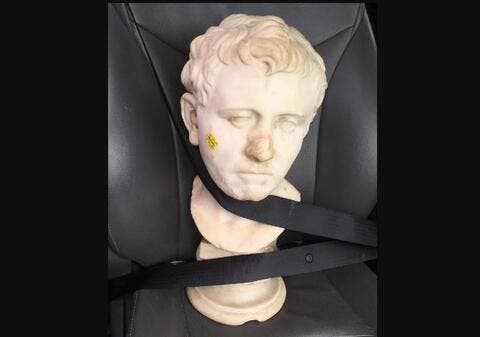 Jennifer Vernancio, a North Providence resident who has worked at The Big Cheese & Pub in Cranston for about three and a half years, said one recent day began with a string of extra stresses when she couldn't find a sitter for her 3-year-old son.

"I was having a terrible morning. I couldn't find a sitter," Vernancio told WJAR-TV. "There was a kid at day care that was sick so I couldn't bring my son. I was supposed to be in at 11. They told me to come in when I have a sitter, so my daughter was available after school. That's when I came in."

Vernancio left the boy with her 16-year-old daughter and came in to work, where her day soon turned around.

"My first table of the day was a super, super nice gentleman and his wife," she said. "Stressful morning ended up being an awesome day."

She said the couple ordered some sandwiches and left after paying their $48.17 bill.

Vernancio said she did not get the couple's names, but she will always remember their generosity.

"To the gentleman and his wife that left that generous tip, I just want to say thank you so much. It meant a lot," Vernancio said. "The money is very much appreciated. It helps out no matter what. However, the kindness behind it and making my day from going a little hectic to that kind of a tip made me smile the rest of the day."

"Angels wander among us and for that we are grateful," the post said.