Extreme weather events like the deadly wildfires and flood-causing rains simultaneously gripping the world are signs of a looming climate emergency, according to a young environmentalist.

Speaking to Anadolu Agency, Indian climate activist Licypriya Kangujam warned of the increasing frequency and intensity of climate change-linked weather events and called on world leaders to take concrete steps on the matter.

"We want clean air to breathe, clean water to drink, and a clean planet to live (on), so these all are basic rights for all of us," she said.

Tell everyone you know, everyone you see: We are in a genuine climate emergency, it's caused by burning fossil fuels, we risk losing everything, the way out is ending the fossil fuel industry, and the sooner we do this the less we lose

Defining the reduction of carbon emissions as "the biggest challenge" at the moment, Kangujam said another urgent issue was biodiversity loss related to climate change and that both must be tackled together as "many biodiversity hotspots become climate hotspots."

Pointing to the wildfires, droughts, floods, food shortages, cyclones, heat waves, and air pollution that are currently impacting different parts of the world, she underlined the need for "equal attention and climate justice."

"This is true climate emergency ... These are all the impacts of climate change and our world leaders need to act now as soon as possible" for vows on paper to become action to "save our planet and our future," said the 10-year-old activist who was also a leader of The Child Movement, a climate and child rights group.

While the world must shift to renewable energy to achieve a low-carbon future, she stressed, global events continue to make achieving this goal harder.

"Considering natural gas and nuclear as clean energy is unacceptable at any cost. We want to have clear transition to clean energy," Licypriya underlined, referring to the European Parliament's decision last month backing EU rules labeling investments in gas and nuclear power plants as climate-friendly.

On the move, she said Europe had taken the war in Ukraine as "an excuse" to increase their reliance on fossil fuels, rather than expand the capacity of renewable energy sources.

The ongoing energy crisis is proof that Europe is fully dependent on fossil fuels and will not quit them easily in the next few decades despite ambitious plans under the Paris climate agreement, Licypriya stated.

Signed on Dec. 12, 2015, the accord sets out a global framework to avoid dangerous levels of climate change by limiting global warming to well below 2C and pursuing efforts to limit it to 1.5C. To achieve this, the Paris deal focuses on lowering greenhouse gas emissions through a system of pledge and review.

Third Act has added over 3700 signatures but we need more; Tell @POTUS to Declare a #ClimateEmergency!https://t.co/qSmtCpSFjk

The EU wants to encourage private investment in natural gas and nuclear, making it "very difficult" to make the transition from fossil fuels, particularly coal, to clean energy, warned Licypriya, arguing that this amounted to simply another case of "greenwashing."

In response to a question on the main focus of an upcoming global climate strike on Sept. 23, the Indian activist pointed to the climate crisis of the global south.

"We will draw the attention to our world leaders and also to the global media to stop neglecting the voice of the global south when we suffer the most. We want a concrete climate solution now," she added. 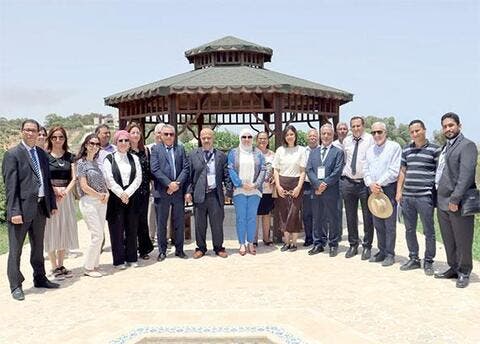 What Does, Jordan, Tunisia, Climate Change Have in Common?

"In street demonstrations, we need physical presence which is difficult for everyone. Now, the participation in climate activism is in huge increase all over the world after the pandemic."