Welcome to Nablus, The Capital of Sweets in Palestine!

Nablus, in the northern West Bank, is known as the capital of sweets in Palestine. 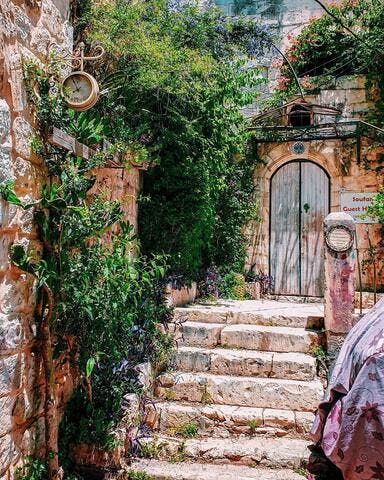 The kunafa made in the city is popular in all Arab countries, as well as in the West.

During the month of fasting, kunafa is part of an authentic Palestinian Ramadan and becomes a special treat for the faithful, who have it for iftar.

From the early morning hours, Mohammed Al-Nimr is busy preparing qatayef dough for customers of his shop on Al-Nasr Street.

“Qatayef is a dessert that we only prepare in the holy month, and customers travel from everywhere to buy it here at my shop,” said Al-Nimr, while pouring the liquid dough onto a hot plate.

Konafa is a type of sweets famous for the city of Nablus👌🇵🇸 pic.twitter.com/2ltyCYJxYZ

Mazen Halawa, 73, stands behind several large pots filled with Zainab’s fingers, cheese-stuffed pastries, and awama, or sweet doughnut balls, which he has been making for 50 years. During Ramadan, demand for these desserts increases greatly.

Halawa said: “Every household consumes these sweets during Ramadan. Nablus is known for its sweets, and their prices are reasonable.”

During the holy month, many restaurants also produce sweets to meet the huge demand.

However, shop owners have had reason to complain of low sales due to the outbreak of the pandemic and the ensuing partial closures imposed in the West Bank.

Majdi Arafat, owner of a sweet shop in Nablus, said: “The number of buyers this year is much lower compared to previous years.”

Arafat attributes the decline in shoppers to the deteriorating economic situation caused by the pandemic and lockdowns.
The dessert culture of Nablus has spread to various other Palestinian cities and Arab and Islamic countries.

This is from the best knafeh spot in Nablus, the city famous for sweets. This is how its done. https://t.co/5aJnjXMgOI 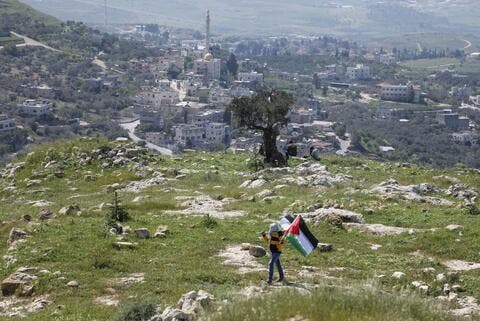 Taher Bakeer, a researcher specializing in the history of Nablus, said: “The Abaza sweet shop was the most famous in Nablus. A famous sweet maker in the Levant told me that Abaza was the one that taught us how to make kunafa. The Turks took it from the confectioners of the Levant after we brought it there from Nablus.”
Historian and traveler Ibn Battuta wrote about Nablus in his book: “It is an industrial town, famous for making sweets and tahina, in addition to soap.”