What is The Right Way For a Rapid Covid-19 Test on Kids?

An Australian surgeon has demonstrated the correct way to do a rapid antigen test and the common mistake many people are making - putting swabs too far up the nose. 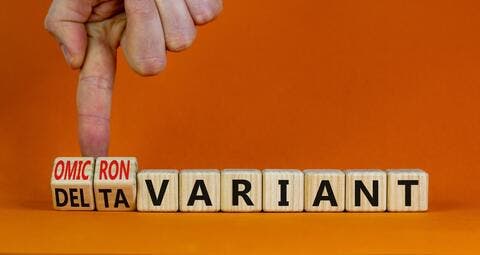 What is 'Deltacron' and Is It Fatal?

Dr Eric Levi, an ear, nose and throat specialist from Melbourne, has posted a series of helpful video to his TikTok account which show parents the right and wrong way to perform the tests - which contain lessons for us all.

Dr Levi said people have come to believe they need to insert the swab really deep because of PCR tests performed upon them, but that is not necessary with RATs.

'Remember, going up is painful, always aim down, going low and going slow. I've got my little finger to stabilise my hand on her chin,' he says.

He regularly posts explainers to his TikTok account helping followers perform nasal and throat Covid tests on themselves and others.

His latest video offers a tutorial for parents conducting rapid tests on their children, an important lesson with kids going back to school around the country in the next few weeks.

'She is sitting comfortably on the sofa, I'm using my arm to support her head,' Dr Levi says as he performs the swab on his daughter.

'Just going in slowly with a bit of a gentle twirl going round to the back, one to two centimetres. Twirling and then slowly coming out, and that's it.'

Dozens of parents commented on the video thanking Dr Levi, with many putting the technique into practice.

'So useful! I used your adult technique and was shocked by how easy it actually was,' a mother replied.

'This is great, thank you!!! And thanks Moana for volunteering,' another commented, thanking Dr Levi's daughter for helping the tutorial.

He says despite hesitation from people surrounding the tests and concerns they are doing them wrong, practice makes perfect and the normalising of RATs will see more accurate results going forward.

In another video, Dr Levi explains to children the tests are harmless and safe, demonstrating on a puppet T-Rex.

'Some of you might be a bit worried, you might think it's painful, well surprisingly it's actually very easy and very quick,' he says.

'You just show them your beautiful nose, you have one on the left and one on the right.

'They might put a little swab stick on your throat. That's all that it is, it's nice and quick, and not scary at all.'

How do you do a Rapid Antigen Test on a child?

Here you go! (Quick vid due to time)

The ear, nose and throat specialist appeared on The Project on Monday night explaining he made the videos after hearing people were having trouble conducting their own tests.

'I realised that a lot of my friends and patients and colleagues weren't comfortable testing their own nose,' he told the program.

'Particularly people from culturally and linguistically diverse, or elderly patients, it's actually quite challenging.'

In NSW, primary school-aged children aged between five and 11 years have begun receiving their first dose of a special Pfizer vaccination.

Premier Dominic Perrottet remains committed to getting children back in classrooms later this month, despite a recommended eight-week gap between the first and second doses for this cohort.

More than 78 per cent of children aged 12 to 15 are already fully vaccinated.

His Victorian counterpart Daniel Andrews has also ruled out postponing the resumption of classrooms, however Queensland Premier Annastacia Palaszczuk delayed the start of term one by a fortnight until the second week of February. 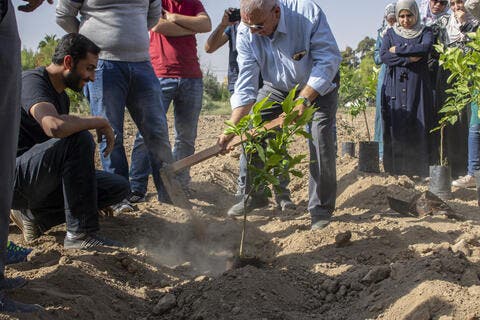 How Did 31 NGOs Try to Challenge Jordan’s COVID-19 Defense Laws?

The South Australian government will finalise its school plans this week but has warned to expect disruptions surge to the surge in Covid cases.

The safe reopening of schools will be high on the agenda when the national cabinet meets on Thursday.