One day after lawmakers in Grenoble, France, voted to allow Muslim women to wear burqini swimsuits at state-run swimming pools, the French government said it will appeal the decision. 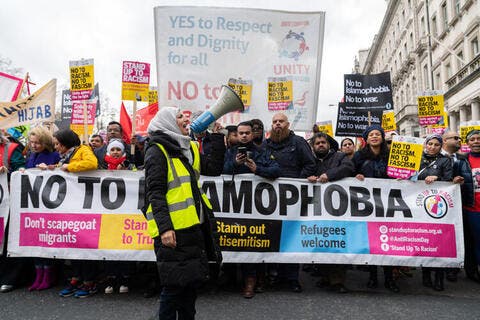 Darmanin said he will challenge the decision in court, referring the case to the area's prefect, the state's representative in the region.

"Darmanin, the minister who has the separatism law as his record, who finds Marine Le Pen too soft, rebels against the halal and kosher shelves of stores, allows himself to give lessons? Re-read the 1905 law, rather than twist it," Piolle responded on Twitter.

Piolle leads a left-leaning coalition in the southeastern French city of around 160,000, which sits at the foot of mountains between the Drac and Isère rivers and is known as a base for winter sports.

However, temperatures average above 80 degrees in the summer and the city's public pools open in mid-June.

"Our wish is to get rid of absurd restrictions," Piolle said ahead of Monday's vote.

"This includes (allowing) bare breasts and swimming costumes that give extra coverage for sun protection or for beliefs; it is not about taking a position for or against the burqini specifically."

The issue has garnered public attention in France since 2016, when a French court was asked to overturn bans by 26 municipalities on the full-body swimsuits. The offenses typically resulted in fines, and occurred on French Riviera beaches in southern France.

Burqinis were invented by Australian Aheda Zanetti. The whole-body swimsuits are mostly worn by Muslim women, combining the look of a burqa and bikini, allowing only a person's face, feet and hands to show.