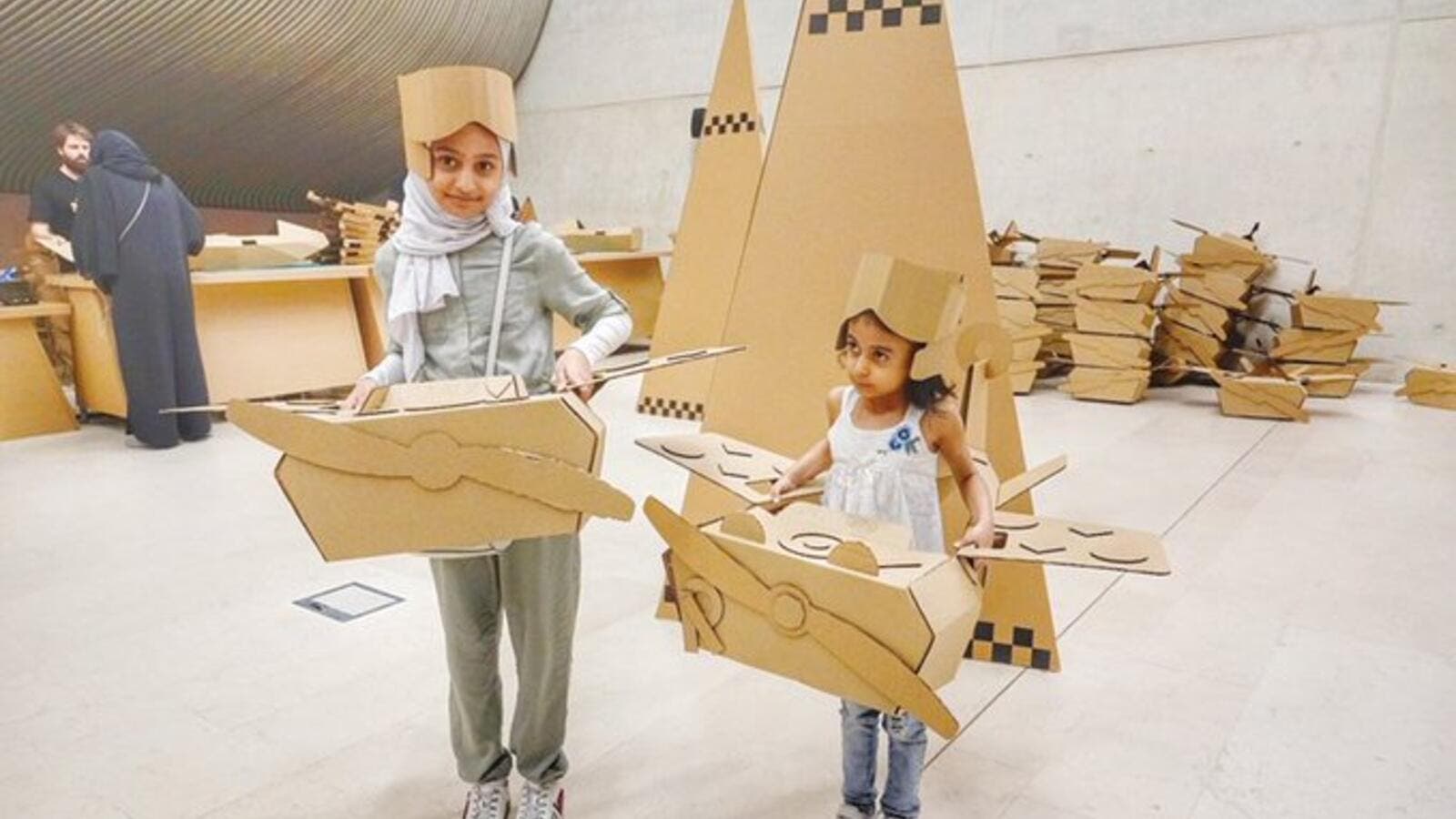 A multi-sensory experience featuring the world’s lightest meringue is being presented at the King Abdul Aziz Center for World Culture (Ithra) as part of Tanween, a season brimming with events and activities.

Tanween is the biggest creative platform in the Kingdom with 232 cultural, artistic and scientific events ranging from art exhibitions, theatrical performances, workshops and seminars about the concept of playing as a tool that brings together education and recreation.

One of the treats awaiting visitors is the world’s lightest meringue from Bompas and Parr, a creative studio in London that has previously created a glow-in-the-dark ice cream, ice lollies that do not melt and a garden that responds to touch.

For Tanween the team has created an immersive and multi-sensory experience called “Taste the Sky.” Meringue, the humble dessert staple of egg white and sugar is elevated with aerogel so the result weighs just 1 gram. Visitors enter a cloud-filled room where they are surrounded by delicious and familiar smells.

Danielle Brown, from the US, enjoyed her time in the room. “It was fun, exciting and very different,” she said. “The meringue cloud room was really cool, even though you can’t see you know you’re surrounded by smells and you try and taste them.”

Her friend, Leandri Vilijoen, was impressed by the experience and how flavors were captured and conveyed through the air.

“It’s amazing that people have been able to do this much with taste and food,” she told Arab News. “Even though you can’t actually taste it, you can still make out the mango-y strawberry vibes going on in it.”

A more hands-on experience for visitors is Box Wars, giving people of all ages the chance to turn these humdrum objects into more ambitious and exciting creations such as tanks, suits of armor, boats and planes.

Ross Koger, one of Box Wars’ founders, flew from Melbourne with his team to be part of Tanween.

He came up with the concept when he and his friends saw children playing with swords made out of cardboard boxes. “We thought that would be cool so we built our own armor and swords, and had a great time at that,” Koger said.

What started as something small gradually expanded. “We had to start doing our activities in public parks because the size was getting way too big for our backyards. We started getting picked up by music festivals and then art centers.”

At Tanween there are two kinds of Box War activities on offer. Children have the chance to build little planes and suits of armor in workshops while the main event, which takes place on Oct. 26, is for adults, who will wield more elaborate creations.

“It’s a way of combining the old and young in an all-demographic event that everyone enjoys and there’s a good community vibe and we are teaching recycling through creativity,” Koger said.

Atheer, who came to Ithra with her brother and sister, enjoyed Box Wars. “It’s the first time I’ve taken part in such an activity and I find it nice and new, especially with the lack of dynamic activities for children and youngsters. These activities can strengthen multiple skills for children and teach them new skills like recycling,” she said.

Maher and his younger siblings also had fun. “We are happy to learn new tricks to play with cardboard. We like crafting and making cool stuff. We also went to the color and lights gallery in the children’s museum and we loved it.”

Tanween Season, in the Eastern Province, is a 17-day event that runs until Oct. 26. Activities are aimed at all ages and are designed to be family-friendly.