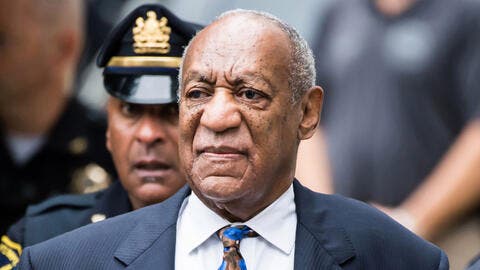 'He is is STILL an Evil Rapist':Celebrities React to Bill Cosby's Prison Release

The accusations stem from separate incidents over the course of almost 30 years starting in 1969, according to Rolling Stone. The women are suing Cosby, 84, under New York's Adult Survivors Act, which was signed into law in May.

A representative for Cosby on Tuesday called the new lawsuit "frivolous."

The women claimed these companies had knowledge of Cosby's abuse and were integral in accommodating his behavior.

Bernard, Tirl, Thompson and Ladd have levied sexual assault allegations in the past. Bernard is also engaged in a lawsuit against Cosby in New Jersey. Three of the women, including Bernard, made appearances on The Cosby Show.

Bernard alleged Cosby drugged and raped her in two separate incidences in 1990. She said Cosby offered to mentor her, which he also offered to other claimants, and then allegedly slipped an unknown substance into her drink while they were in New Jersey.

The second instance purportedly took place in Nevada, when Cosby allegedly did the same thing, except this time Bernard woke up.

"Bill Cosby covered her mouth with his hand and then smothered her entire face with a pillow until Ms. Bernard lost consciousness again," the suit claimed.

Bernard also accused Cosby of threatening to "blacklist" her, if she did not perform sexual acts on him.

Cosby was released from a Pennsylvania prison last year after the state's Supreme Court overturned his 2018 conviction for aggravated indecent assault.

The attorney for the claimants said this lawsuit is an "important step" toward holding Cosby accountable for his actions and he hoped it inspires other survivors to seek justice.

Bill Cosby is facing a new lawsuit from 5 women -- most of whom were involved with "The Cosby Show" -- who claim he sexually assaulted them. https://t.co/QKn9rQsT38

"I also encourage all other survivors to stand up and have their voices heard. Collectively, by holding our abusers accountable for their actions, we can set an example for future generations and make this world a safer place," said Jordan Rutsky, lawyer for the five plaintiffs.

The Adult Survivors Act opens up the opportunity for survivors of sexual abuse to take legal action against their abusers in cases that would otherwise be restricted by the statute of limitations. 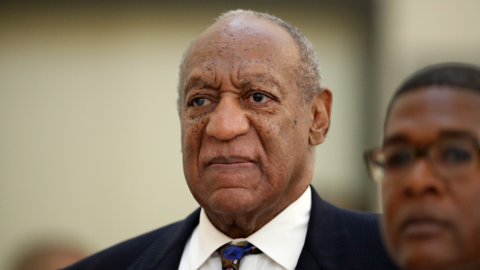 The act creates a "one-year window" for victims who were 18 years old or older, when they were subjected to abuse with a temporary "revival of time-barred civil lawsuits."

The act was introduced in 2019 by Senate Judiciary Committee Chair Brad Hoylman and Rep. Linda B. Rosenthal, both Democrats.

According to a news release from the New York Senate, the Adult Survivors Act is similar to the Child Victims Act, which was directed toward victims who were minors.