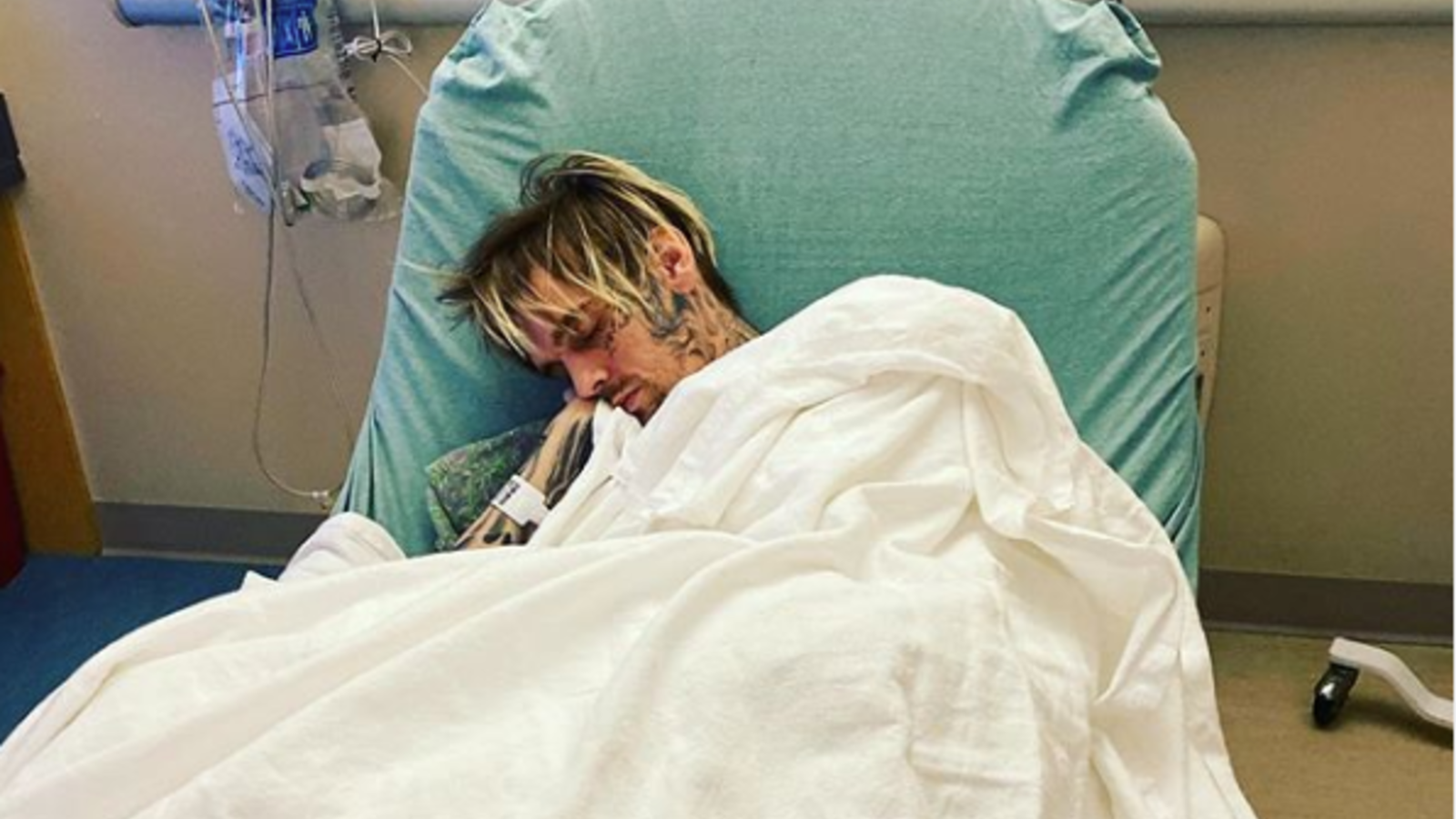 Aaron Carter (Twitter)
Highlights
The 31-year-old singer has had his blood pressure checked and is currently hooked up to a heart monitor so that doctors can check everything is normal and healthy.

Aaron Carter has been hospitalized over his drastic weight loss.

The 'I Want Candy' hitmaker's mother Jane was shocked by his appearance when he arrived at her home in Florida on Thursday (11.14.19) and she immediately rushed him to hospital because she was alarmed about his dangerously low weight.

Jane told TMZ that Aaron weighed nearly 160lbs at one point but has now plummeted to a mere 115lbs as a result of the stress he's been under following the restraining orders against him brought on by his brother Nick and twin sister Angel.

The 31-year-old singer has had his blood pressure checked and is currently hooked up to a heart monitor so that doctors can check everything is normal and healthy.

Aaron's health has been the hot topic of conversation recently as a few months ago he revealed he's been diagnosed with schizophrenia and bipolar disorder.

He said at the time: "The official diagnosis is that I suffer from multiple personality disorder, schizophrenia, acute anxiety, [and] I'm manic depressant."

Shortly after the revelation, Aaron's brother Nick took out a restraining order against him after he allegedly threatened to kill his then-pregnant wife Lauren Kitt - who gave birth to a baby girl at the beginning of October - in September.

Aaron later took to his social networking sites to apologise for "lashing out" and for the "hurtful things" he said about his siblings.

He wrote: "I've been very hurt by the fact that my big brother has not made an effort to be part of my life for a long time so therefore I lashed out & said some hurtful things I did not mean to say I love my brother I love my family and all I want is peace and love for everybody. (sic)"