Adele has admitted she 'totally gets' why she was accused of 'cultural appropriation' for wearing a Jamaican-flag bikini and Bantu knots to mark Notting Hill Carnival last summer.

The singer, 33, said she 'didn't read the f***ing room' with her post but that she didn't take the picture down as that would have meant she was 'acting like it never happened'. 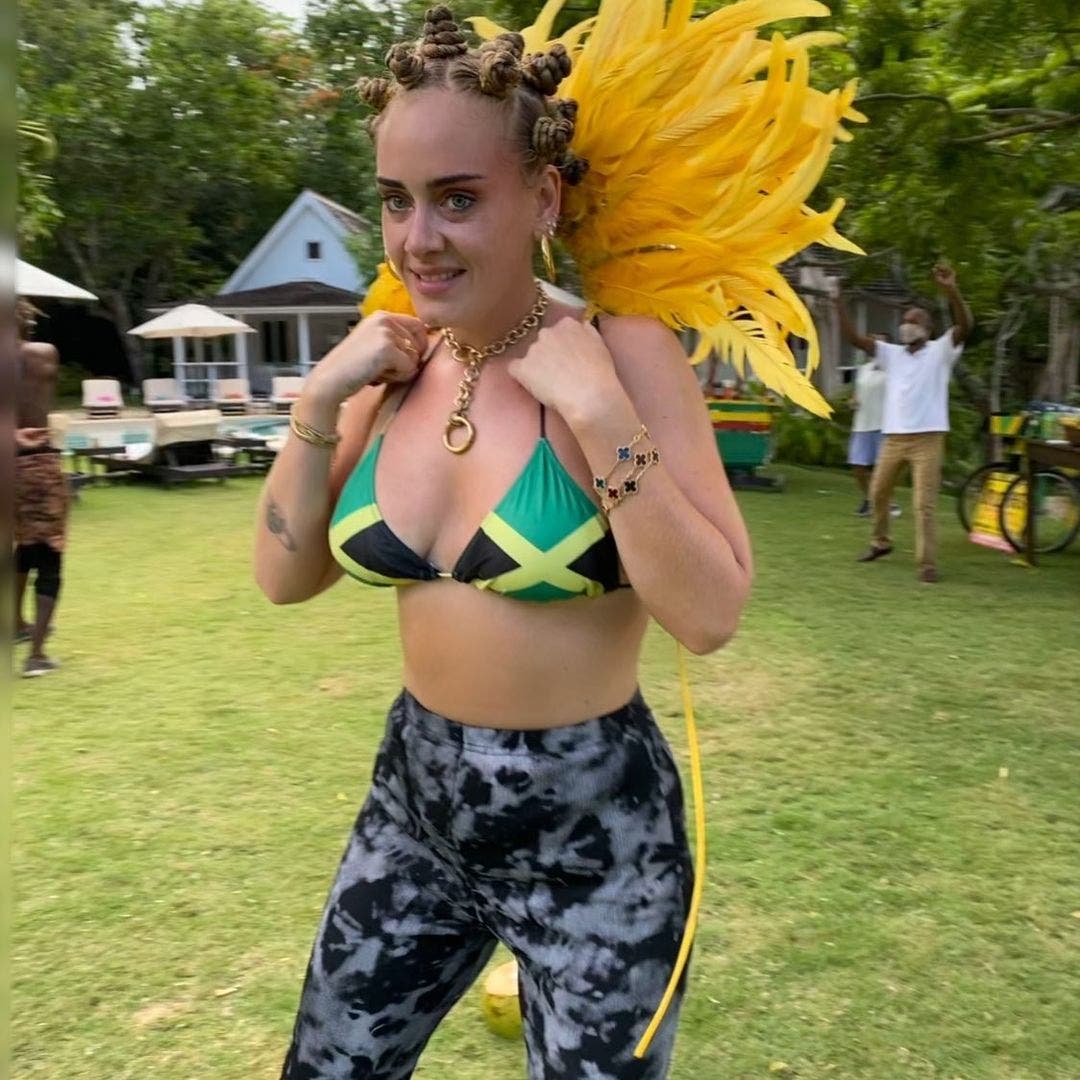 In a picture shared to her Instagram, the songstress, posing in the garden of her $9.5million Beverly Hills home, wore her hair in Bantu knots leading some to slam the choice as 'insensitive'.

Speaking in her candid Vogue interview she said: 'I could see comments being like, 'the nerve to not take it down,' which I totally get. But if I take it down, it's me acting like it never happened.

'And it did. I totally get why people felt like it was appropriating.

'I had thought, if you don't go dressed to celebrate the Jamaican culture – and in so many ways we're so entwined in that part of London – then it's a little bit like, 'What you coming for, then?'

'I didn't read the f***ing room. I was wearing a hairstyle that is actually to protect Afro hair. Ruined mine, obviously.'

Adele received backlash for the post with many suggesting she was profiting off black culture with her choice of outfit and hairstyle.

Ernest Owens wrote on Twitter: 'If 2020 couldn't get anymore bizarre, Adele is giving us Bantu knots and cultural appropriation that nobody asked for. This officially marks all of the top white women in pop as problematic. Hate to see it.'

He later added: 'I'm too old and Black to be defending and making excuses for white people who still can't read the damn room in 2020.'

A user who goes by Johnny added: 'Adele dropped that weight and said it’s time for her cultural appropriation era.'

Kenisha wrote: 'If you haven’t quite understood cultural appropriation, look at Adele’s last Instagram post. She should go to jail no parole for this.'

While some claimed the singer was profiting off black culture by sporting the style, many others pointed out the star grew up in Tottenham, London and has been surrounded by black culture throughout her life.

Joining in the defense of Adele was singer Alexandra Burke, who said: 'I see the pic. She looks hot. She's obviously been working on her body, that for me is a big deal. She’s looking good.'

'As a Jamaican girl myself, my girl has grown up in black culture. People forget she’s from Tottenham. She probably eats jerk chicken all the time like all of us'

'All I’m saying is the girl looked good, leave her. Allow her man. If Popcaan is going to endorse it and say yes my girl you’re wearing the flag and you’re wearing it well. Let her live her best life, leave her alone. We love Adele."

Supermodel Naomi Campbell, whose mother was born in Jamaica, commented on Adele's Instagram photo with two love heart emojis and two pictures of the Jamaican flag.

While Jamaican musician Popcaan shared a fist emoji and a love heart.

Other fans took to Twitter to point out to Adele's critics that she was surrounded by Jamaican culture while growing up in Tottenham, and has always been a supporter of the Notting Hill Carnival.

The star was born in Tottenham before moving with her mother Penny Adkins to Brighton at the age of nine.

In 1999, at the age of 11 she and her mother moved back to London; first to Brixton, then to the neighbouring district of West Norwood in south London, which is the subject of her first song Hometown Glory.

Adele captioned her original post: 'Happy what would be Notting Hill Carnival my beloved London.'

The carnival - an annual celebration of Caribbean culture - moved online for the first time last year amid the Covid-19 pandemic.