Ahmed was performing in a small gathering while Diana was sitting next to him.

Suddenly he starts to inappropriately touch her thighs, then another attendee does the same while the two are talking to each other.

In another circulated video, Ahmed was spotted checking Diana's behind while she was dancing.

Followers were shocked to see Adaweyah's dirty videos as they expressed their anger by calling him names such as 'disgusting, filthy, obscene and lacking of religion.'

The incident has brought back to the audience's mind what happened to Ahmed Adaweyah in the late eighties.

It was reported then that the Egyptian singer had dedicated Bent Al-Sultan (Daughter of Sultan) song to a Kuwaiti princess, which angered Sheikh Talal bin Nasser al-Sabah and prompted him to seek revenge.

According to the story circulating, Sheikh Talal bin Nasser Al-Sabah attacked Adaweyah in 1989, when he ambushed Ahmed and invited him to perform, but instead he  was found in a coma in Al-Sabah's hotel room.

Watan.com reported that all Egyptians are convinced that the Kuwaiti shaikh had castrated Ahmed Adaweyah after numbing him.

Ahmed's wife had denied this story, and she confirmed his manhood.

Sheikh Talal was arrested in Egypt carrying heroin and sentenced to 7 years imprisonment, but he denied the attack on Ahmed Adaweyah.

In 2006, Kuwait Police arrested the Sheikh and charged him with multiple accusations, such as drug dealing, gang formation, possession of weapons, possession of drugs and money laundering.

In 2007, the Sheikh was found guilty and was sentenced to death by hanging, and in 2008 the sentence was confirmed, but he petitioned to the Emir to pardon him, however, his petition was not answered until he died in 2014 in Kuwait's Central Prison. 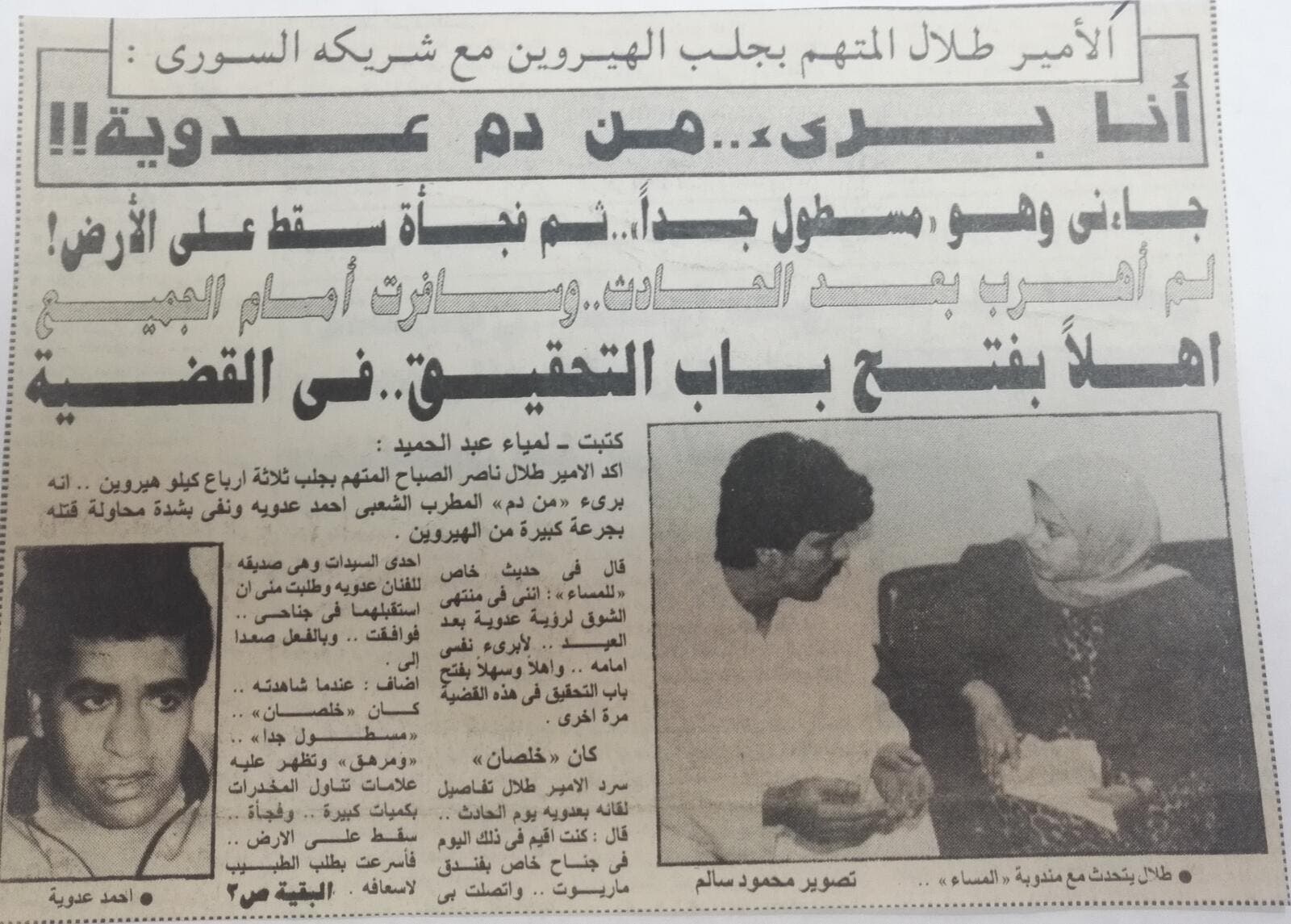