He Took His P***S Out! Korean Youtuber Sexually Harassed by Taxi Driver in Saudi Arabia (Picture)

Published November 14th, 2019 - 10:46 GMT
Yongsworld published a picture of the driver, telling what he did in the car (Source: @thisisyongsworld Instagram)

Korean YouTuber Yongsworld told his story about being sexually harassed by a taxi driver who picked him up from Jeddah airport.

In a now-deleted post, Yongsworld published a picture of the driver, sharing the details of what he done in the car:

"You're the reason I hate Jeddah. He took me from Jeddah Airport to the hotel, he is taxi driver, He kept act like a pervert in the car... He kept trying to touch me and I hit him on the arm. Later, he took out his p***s and kept touching it. Oh my God I'm so annoyed from the first day of my trip to Saudi Arabia...Ha....Are there many gay in Saudi?" 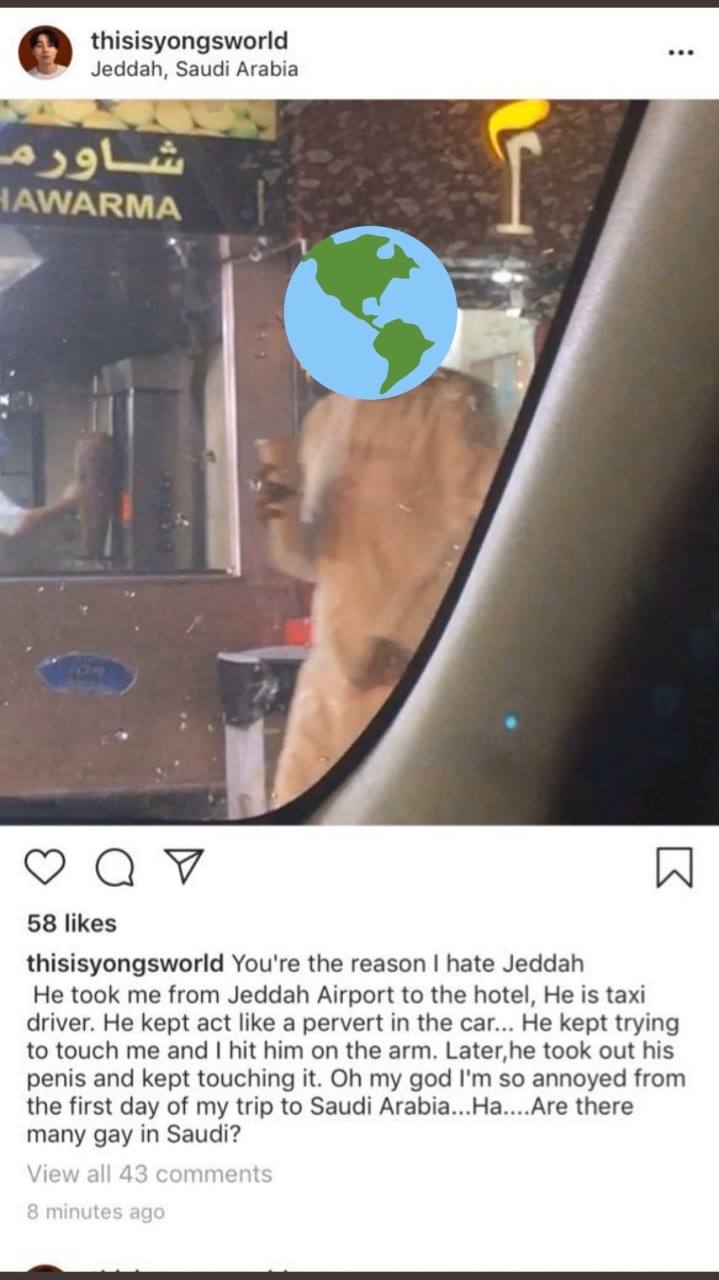 Yongsworld is a Korean Youuber, and according to his YouTube channel, he is trying to be a cultural bridge between Korea and Arab countries. He uploads content about Arabic and Korean culture and trends.