After Imprisoning Her Own Mother: Hala Al-Turk Turns off Comments and Dr. Khuloud Helps Mona Al-Saber

'Stay strong, even when it feels like everything is falling apart'.

That was Hala Al-Turk's first response after her mother Mona Al-Saber went live on Instagram and disclosed the details of her feud with her daughter to the public, revealing that Hala had filed a lawsuit against her.

Later, Hala turned off the comments on Instagram as she's been heavily attacked by followers for what she did to her own mother. 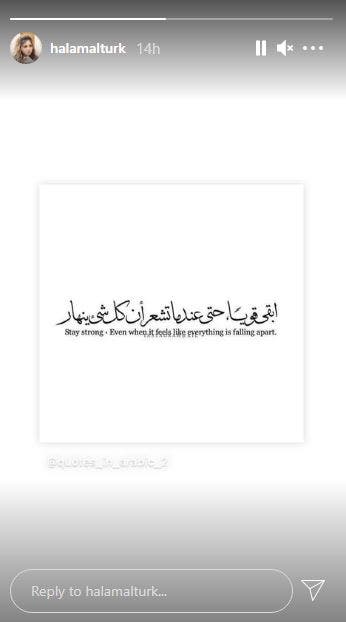 On the other hand, another group of followers saw what Mona did was wrong, as she tried to exploit her daughter who is still a teenager, and that could truly harm her.

Others defended Hala and said that she's being influenced by her father Mohammad Al-Turk and her grandmother, urging the family to solve their issues privately.

Most recently, Mona Al-Saber shared another video on social media thanking every person who had supported her via messages.

Al-Saber also sent a special thanking message to Kuwaiti fashionista Dr. Khuloud describing her as 'The forerunner to do good' without revealing the kind of gesture she received from her.