Published October 23rd, 2021 - 04:18 GMT
Alec Baldwin fired the gun that killed one and injured another in an accident
Highlights
Alec Baldwin accidentally Kills cinematographer Halyna Hutchins on the set of the movie 'Rust' 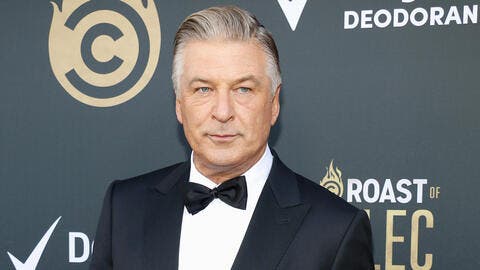 Last Thursday New Mexico, a prop firearm was discharged by actor Alec Baldwin, while producing and starring in the American Western film, The 63-year-old killed the rising cinematographer Hutchins and wounded the movie director Souza.

BREAKING: A distraught Alec Baldwin, after he accidentally shot & killed the cinematographer on the set of his new movie, & wounded the writer-director. How on earth could this have happened?
Pics: Jim Weber ⁦@thenewmexican⁩ pic.twitter.com/xrvcheLaCK

An assistant director unwittingly handed Baldwin a loaded weapon and told him it was safe to use .

Immediately after the shot was fired, a 911 call was made by script supervisor Mamie Mitchell, where she can be heard panicking and asking for help.

''We've had two people accidentally shot on a movie set by a prop gun. We need help immediately." Mitchell said.

During the 911 call, the script supervisor then appears to speak to someone else and then she says: "He's supposed to check the guns, he's responsible,"

''Our director and our camerawoman have been shot.'' she stated to the first responder on call.

The 911 operator then asked Mamie if it was a real bullet or not, in which Mitchel said 'I cannot tell you that.

Eventually, Hutchins was airlifted to the University of New Mexico Hospital where she was pronounced dead, authorities dead.

According to a warrant from the police investigation the gun Alec fired in the fatal shooting set was handed to the actor loaded with a live round.

The Santa Fe County Sheriff’s Office has said no arrests have been made in the shooting.

1-
There are no words to convey my shock and sadness regarding the tragic accident that took the life of Halyna Hutchins, a wife, mother and deeply admired colleague of ours. I'm fully cooperating with the police investigation to address how this tragedy occurred and

And on Friday, Alec, whose real name is Alexander Rae Baldwin III broke his silence after the horrific incident, ''There are no words to convey my shock and sadness regarding the tragic accident that took the life of Halyna Hutchins, a wife, mother and deeply admired colleague of ours. I'm fully cooperating with the police investigation to address how this tragedy occurred and' he shared on his Twitter and Instagram pages.

The New York-born comedian continued his statement, ''I am in touch with her husband, offering my support to him and his family. My heart is broken for her husband, their son, and all who knew and loved Halyna.''

This is not the first time actors and crew members have been injured or killed on past movie sets, as Brandon Lee, son of Bruce Lee, was shot to death on the set of "The Crow" in 1993.

The gun was intended to have fired a blank, but an autopsy found a bullet lodged near his spine.

Who was Halyna Hutchins?

Born in Ukraine, Halyna Hutchins lived in Los Angeles and graduated from the American Film Institute in 2015. She was credited with involvement in the production of 49 film, TV and video titles during her career.

vHutchins grew up on a Soviet military base “in the Arctic Circle surrounded by reindeer and nuclear submarines,” as she wrote on her website. After earning a graduate degree in international journalism from the Kyiv National University in Ukraine, Hutchins began her career as an investigative journalist working on British documentary productions but later turned to cinematography. She graduated from the AFI conservatory in 2015 and was selected as one of American Cinematographers’ Rising Stars in 2019.

Her 38-years of age spouse Matthew has opened up with regards to the unfortunate occurrence where he expressed that there are no words to convey the circumstance. He added that the family needs additional time at this point and has appreciated with the adoration and feelings that the family had gotten. 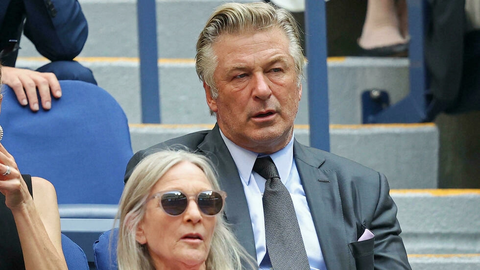 "We miss you, Halyna!" Matthew captioned the Instagram post. The widower received an outpouring of support in the comments section, many wishing Halyna "rest in peace."