Fans of Johnny Depp take their support to the next level.

With the trial continuing between Johnny Depp and his ex-wife, actress Amber Heard, their battle bypassed the corridors of the courts.

Once the trial began, the harassment of Amber Heard continued on the Internet and social media, with most users blaming her for her continued contradiction, as well as evidence that the violence was caused by her and not by Depp. 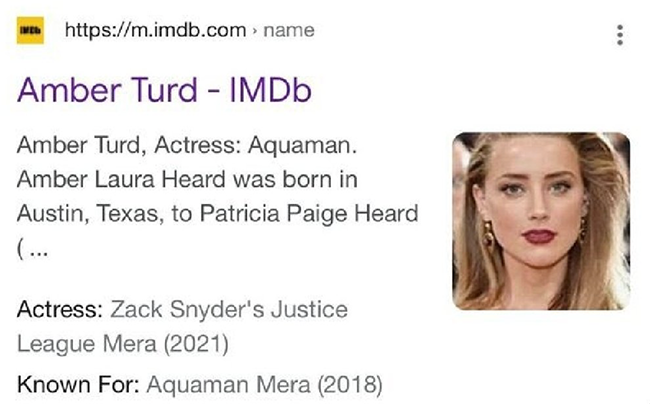 Earlier this week, anti-Amber hackers managed to change the actress' last name on IMDb from 'Heard' to 'Turd'.

Shortly after, the name was corrected by google and brought back to its original name ' Amber Heard'