A picture of the new couple was heavily circulated on social media implying that she was the reason behind Assala's divorce; especially since Tarek himself declared that he's romantically involved with Nicole amid Assala's announcement of the divorce.

Today, the Syrian songstress broke her silence and posted a picture of her ex husband with his new 22-year old girlfriend writing a very emotional message.

She said: 'This is the harshest picture I've ever seen.. I've been trying to believe it for the last 30 hours..,' 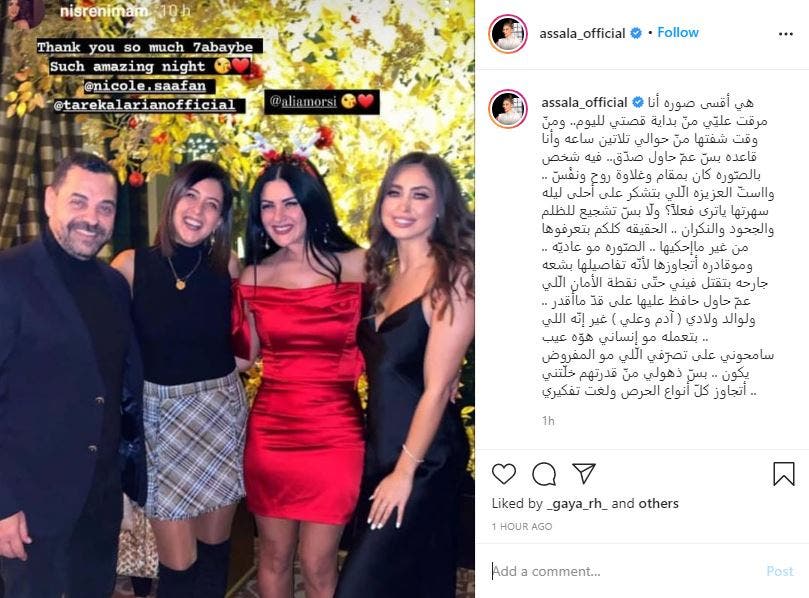 'The woman who is thanking him for the best night. Is it really? or is she only trying to promote injustice and ingratitude?!'

'You all know the truth without me saying it. The picture is abnormal and I cannot get past it because its details are hurting and ugly and even drains the very last drop of security that I've been trying to save,'

'And to the father of my children Adam and Ali, what you're doing is not only inhuman, but also shameful,'

'Forgive my behavior that was not supposed to happen, but my astonishment of their boldness prompted me to override all kinds of caution and eradicate my reasonable thinking.'