Social media users are circulating a picture of Turkish actress Gupse Özay, wife of actor Barış Arduç, embracing a newborn on the hospital bed and claiming that it is the first picture of Özay after she gave birth to her first child 3 months after marrying Barış.

Followers widely interacted with the news, as many of them rushed to issue judgments about Gupse giving birth a few months after her marriage, indicating that she was pregnant before the wedding ceremony. 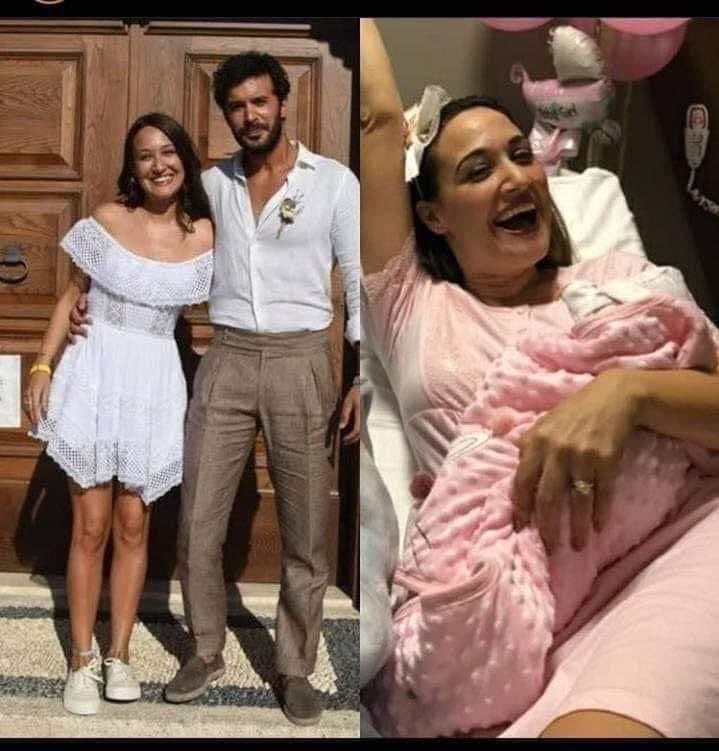 They added that Gupse had denied the pregnancy rumors many times, and it would be weird if she denied that she was pregnant then suddenly she gives birth, prompting them to look for a logical explanation.

Finally, fans were able to explain the picture, as it turned out the baby was actually Gupse's, but she was her on-screen daughter from her 2020 movie Eltilerin Savaşı.

Gupse Özay had shared the picture with her 2 million Instagram followers back in March, but some how rumors promotors used it to say that the actress actually gave birth from Barış Arduç.