Bassel unfolded the spontaneous side of his personality in the interview and photoshoot, and a little bit of his feminine fashion style.

Khaiat sparked a wave of controversy among his fans, due to his different looks in form and content, as their comments varied between those who praised his oriental beauty as he sported designer clothes, such as: Fendi, Versace and Alexander McQueen.

Others criticized Bassel Khaiat claiming that this funky style does not suit his demure personality, they also asked him to stay away from this edgy fashion and go back to his usual smart fashion sense.

One picture in particular was heavily criticized of Bassel as he appeared to be wearing feminine attire and shoes, which reminded followers of Harry Style's latest feminine fashion choices. 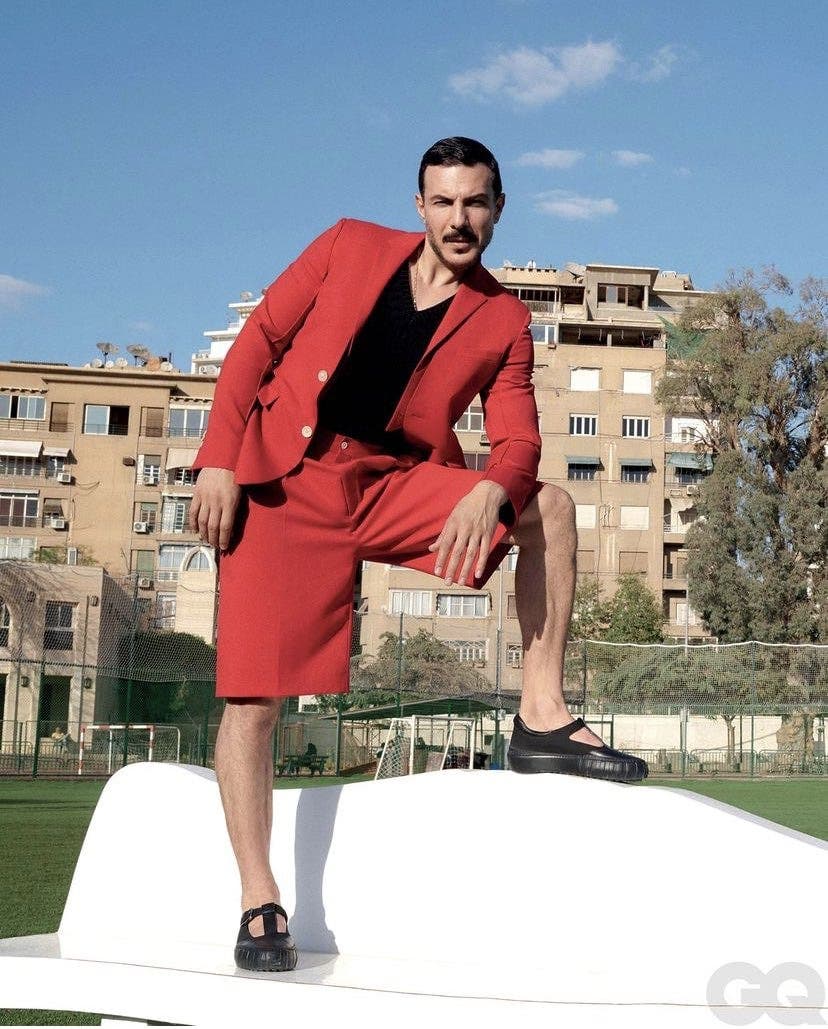 On Instagram, GQ Middle East wrote: 'Introducing Bassel Khaiat, our April cover star. The Damascus-born actor boasts of a two-decade-long career with 90 productions under his belt.'

“When I was 22 years old and got the lead in Asrar Al Madina, it had a huge impact on my life and my career. It happened shortly after I graduated, and it was the first time I landed a leading role.”

'After decades of starring in prominent roles on Arab television, @basselkhaiatofficial is prepared for his next adventure, Harb Ahleya. Starring alongside the iconic @youssra, he is ready to speak to a wider audience and play a character that challenges his artistic familiarities.'