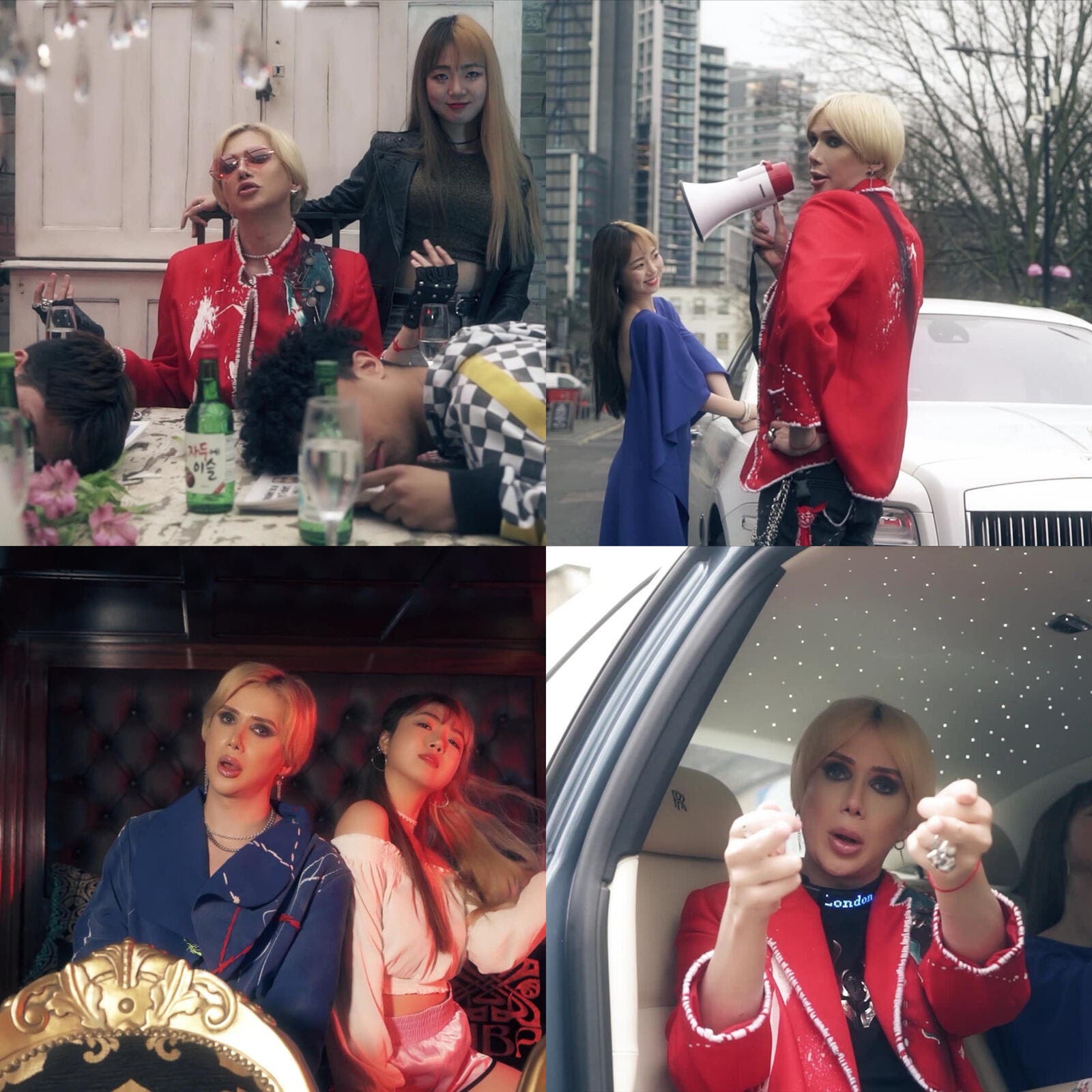 ​The controversial star, who is Europe's first K-Pop artist, has already had two top 10 hits on the iTunes K-Pop chart. His debut single 'Perfection' has, to date, received 1.2 million views on Youtube.

Back in 2018, Oli first made headlines after his appearance on Barcroft TV's 'Hooked On The Look' where he confessed to spending $150,000 on plastic surgery to transform into a K-Pop star.

He has since appeared on TV shows around the world including Today Show Australia, Botched on E! and U.S. Talk Show Dr. Phil detailing his extensive surgery in his quest to look like his K-Pop idol Jimin, a member of BTS. He revealed this February to Daily Mail that he has undergone 15 plastic surgery procedures including; having his jaw bone shaved, cheek bones reduced and 5 nose jobs- all to look like Jimin.

His Jimin obsession caused a worldwide media storm and barrage of heavy criticism back in January after he married a cardboard cutout of the BTS singer in a bizarre Las Vegas wedding ceremony attended by his girlfriend, U.S. reality star Frenchy Morgan and presided over by an Elvis Presly impersonator. The wedding aired in the U.S. on Daily Mail TV and E! News.

His brand new single Mirror Mirror, sung in both Korean and English, has just been released worldwide. The music video features vibrant K-pop outfits, a futuristic club, where Justin Timberlake filmed 'Rock your Body', a scene of Oli in a white Rolls Royce as well as Oli in a bedroom scene reminiscent of the movie 'Mean Girls'. Within hours of release, his new single charted at #43 on the iTunes K-Pop chart worldwide.

Speaking about his new video, Oli said "This is by far my most complex and visually entertaining MV yet and I am very proud of the progression of my music throughout the past year. The new single features more complex Korean, perfectly pronounced, and has a complex anti-bullying message behind the lyrics. I'm sure Jimin and BTS would be very proud of me''. 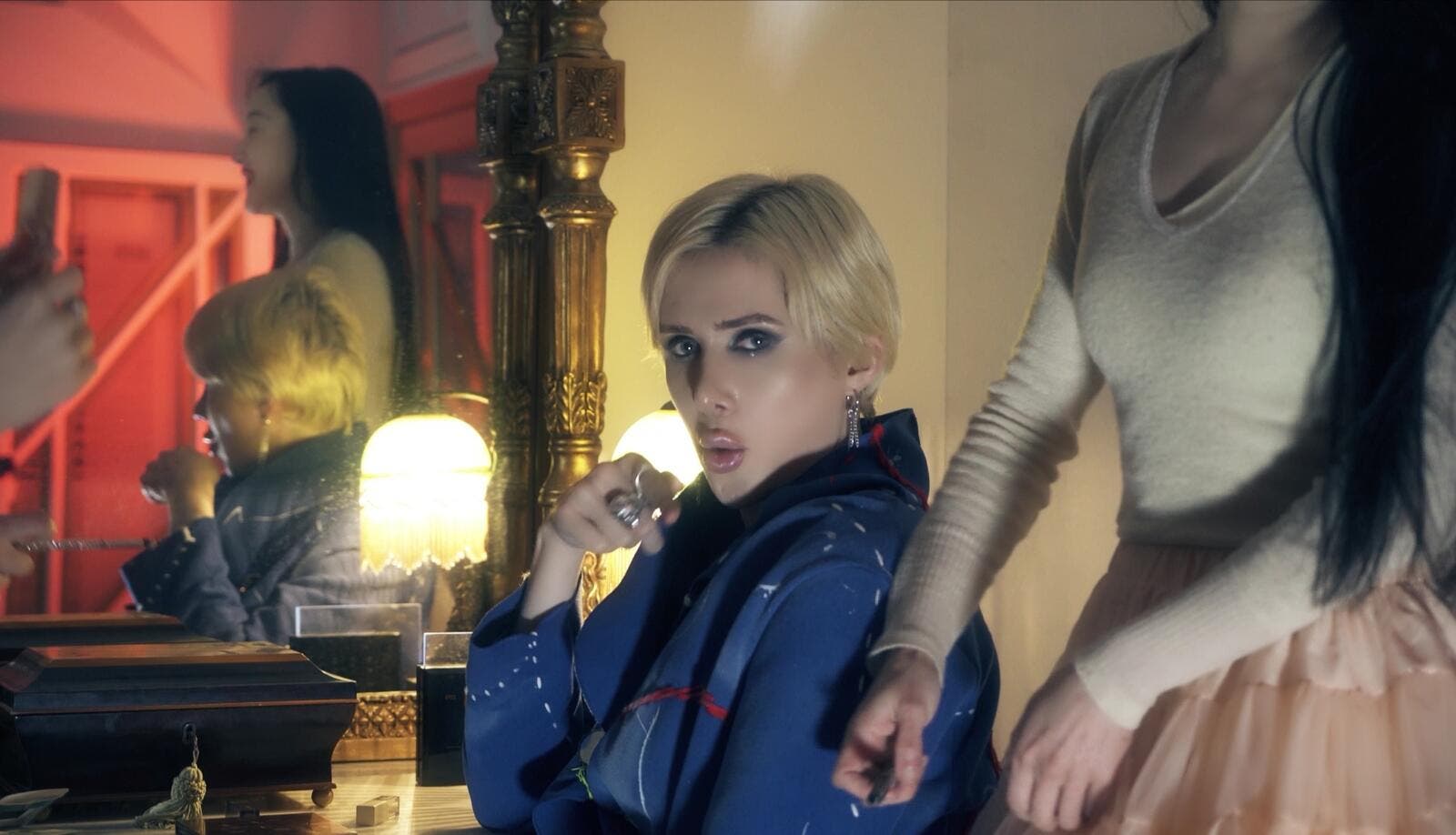 The lyrics of his new single convey a strong anti-bullying message focusing on the notion that 'haters and trolls' should turn the mirror on themselves and see their own reflections.' Oli added ''Everyone has the power to choose their own reflection, to choose who they want to be. It's so easy to be a hater, it takes zero effort. But what takes real effort is being successful and happy and being a winner."

Since first making headlines, the TV personality has faced an onslaught of criticism for trying to look like Korean pop star Jimin, despite being caucasian, his debut single received a staggering 100,000 dislikes while he also receives thousands of death threats and hate messages daily. He is also the constant subject of parody and criticism on Youtube, with the world's biggest YouTuber Pewdiepie even making a video about Oli, which has received over 7.7 million views.

When he appeared on Dr. Phil this January he broke down to the world-renowned psychologist and talk show host, revealing the reason for his plastic surgery addiction is due to constant bullying throughout his life about his looks. He has now become a vocal anti-bullying campaigner and is working on a documentary to help young people who struggle with online trolls.

Oli is set to appear on four major UK networks later this year with the shows following his life as the UK's first K-Pop artist, as well as following his plastic surgery journey to transform into a 'Jimin' look alike.