'That Is Called Pedophilia'! Hind Al-Qahtani Sparks Wide Outrage for Filming Her Daughter's Behind (Video)

What was supposed to be a routine supermarket shopping visit turns to be a public opinion case.

Saudi social media star who resides in USA with her children, Hind Al-Qahtani, was shopping at the supermarket along with two of her kids while filming their outing.

As they finished picking out items, Hind told the kids 'let's go and pay at the counter' as she continues documenting her children and sharing the videos with millions of followers on Snapchat.

At the end of the video, Al-Qahtani's daughter was standing in front of her mother and Hind was photographing her from behind as she sported a crop top and boyfriend jeans putting her full derrière on display.

Roa wasn't feeling comfortable being filmed and in fact told her mother "please do not film me", but Hind ignored her and continued documenting everything on social media.

The Saudi social media star was heavily attacked by followers once her videos went viral, with fans criticizing and blasting her behavior as a mother by saying things such as: "Even the daughter does not feel safe with her mother", "she insists on filming her daughter's behind", "if Roa doesn't feel comfortable being filmed, why did she wear this outfit in the first place?"

Hind Al-Qahtani didn't stay silent once she saw the huge attack on her, and took the response to a whole new level.

She cursed, bullied and branded everyone who criticized the video and called them "mental, psycho, sick" and added that critics want her to cut her flesh to have a body that looks like ruler and to walk like robots.

Many social media stars have weighed in on Hind's video and blasted her for what she's doing to her children.

Saudi influencer Amal Al-Shahrani said: 'Why would I film my children's genitalia instead of protecting them?! This is called pedophilia.' 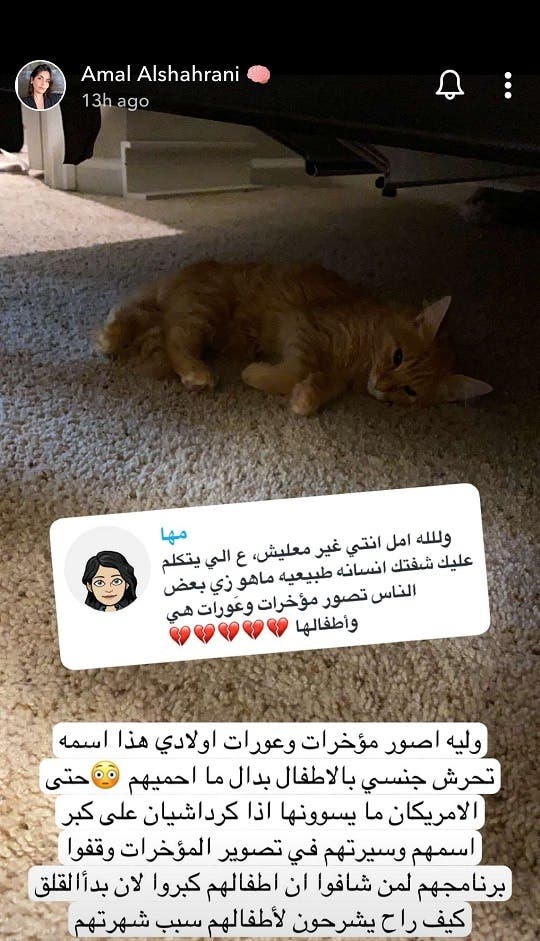 Ironically, Emirati social media star Bader Khalaf who likes to dress like women and has his fair share of criticism, also blasted Hind.

As Al-Qahtani branded the Middle East as 'the waste east', Bader snapped at her and said: 'This where your family and tribe comes from, same as with the money from your ads, they all come from there. Think before you say such things. Shame on you.'

Then he hilariously added his 'Bader Khalaf's' famous touch saying: 'Even me a man who dresses like women never wore something audacious or swore at our society.'

Is That a Normal Reaction?! Hind Al-Qahtani Celebrates Ranking Top 4 on Snapchat by MOANING! Watch

Israeli Tourists to Start Entering UAE without A Visa