Can Yaman and Diletta Leotta: Wedding Details, The Valentine's Engagement and Ring Price

They are officially engaged. 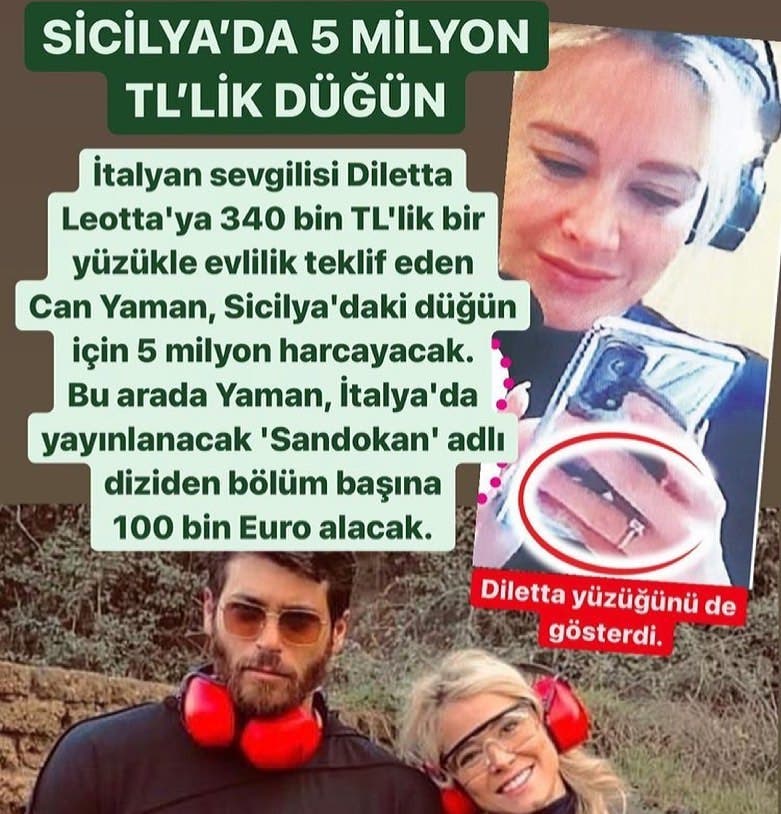 Takvim didn't only reveal the details of the Turkish-Italian couple's engagement, they also reported that Can Yaman and Diletta Leotta are planning to throw their wedding in Sicily, Italy, which will cost Yaman apporximately 600,000 Euros ($846,273 / 5,880,289 Turkish lira).

Can Yaman chose to hold a traditional Italian wedding in Sicily because it is where Diletta Leotta was born and raised. The couple marked Noto Bassi di Palazzo Nicolaci (Nicolaci Palace) as their first choice as a wedding venue, which has the capacity to welcome 300 guests.

On Valentine's Day, the couple were having a romantic meal in the beautiful Italian restaurant Torre Normanna, when Can Yaman surprised Diletta Leotta and proposed to her throughout a skywriting banner: 'Diletta, will you marry me? I love you, Can.'

According to the Italian press, the couple decided to hold their wedding in Sicily in June. The couple's first choice is Noto Bassi di Palazzo Nicolaci, the favorite address of world famous stars, will marry in a traditional Italian wedding.