Cardi B Looks Sexy in New Music Video With Offset

Published April 18th, 2019 - 11:18 GMT
Cardi was not shy about showing off her love for her other half
Highlights
She loves putting on a show and having all eyes on her.

And Cardi B was certain to get everyone talking during a very racy appearance in her husband Offset's new music video, Clout.

Cardi, 26, straddled her husband while clad in a daring bondage-inspired outfit complete with leather underwear and silver chains.

The songstress rocked thigh-high PVC boots, gloves, and a black cone bra while grinding her husband.

Cardi was not shy about showing off her love for her other half.

One of the more daring moves the rapper performed was a head stand.

The I Like It singer spread her legs wide as her husband grabbed hold of her ankles.

In another daring move, Cardi stood against her husband as he grabbed hold of her boot-clad leg.

The bondage inspired look wasn't the only style Cardi wore.

In a separate scene, Cardi sat surrounded by a pile of lemons while wearing a yellow mesh top and matching pigtails.

Clout is from Offset's solo album, Father Of 4, which was released on February 22.

Cardi B and Offset have weathered some trials and tribulations together, but by the looks of their latest music video, it looks like they're stronger then ever.

The couple split briefly last year amid reports Offset had cheated on the Bodak Yellow rapper.

The couple married in a private ceremony in 2017, and welcomed daughter Kulture together in July 2018.

Cardi's star continues to soar, and she hopes to release another album later this year.

The chart-topper recently revealed she's been working on new material, and is hopeful she'll be able to release it by the end of the year.

She told Variety: 'I'm starting to prepare myself now because I'm really trying to put out an album for this year.' 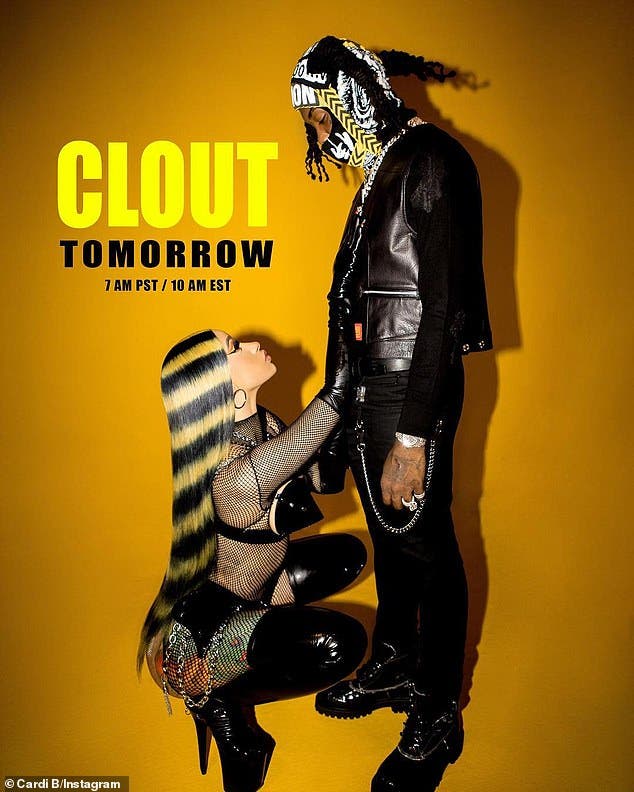 UK: Huawei Aims at Working Out a Deal to Delay 5G Network Removal

Bahrain, US to Extend Tourist Visa Validity to 10 Years