The last photo of the late Egyptian artist Haytham Ahmed Zaki 35, which was taken a few days before his death, spread on social media.

Haytham, son of late legend Ahmed Zaki, appeared shirtless in the picture of himself preparing to play the role of a boxer in his new movie. 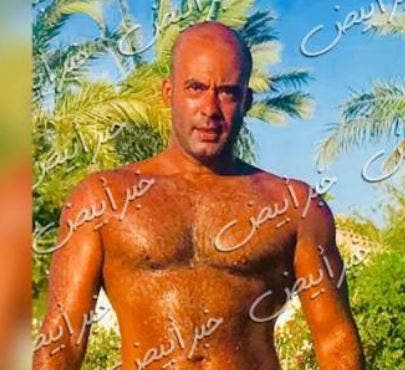 Another picture of the late young actor was circulated on social media, taken 15 days before his death with producer Mohamed Mahmoud Abdelaziz.

Mohamed revealed that Haytham was talking about death when they were together that day, wondering if he would meet his late father Ahmed Zaki when he dies, and what he say to him.

Haytham Ahmed Zaki died of a severe drop in blood circulation after feeling colic and cramps as a result of taking drugs and muscle toners.

A post shared by محمد محمود عبدالعزيز (@mohamedmahmoudabdelaziz_) on Nov 6, 2019 at 9:02pm PST

Katy Perry Chooses Jennifer Anniston to be Her Daughter's Godmother