On Chrissy Teigen's latest appearance on The Ellen DeGeneres Show, the former model revealed husband John Legend backed out of getting matching tattoos.

Teigen showed off her butterfly tattoo she got in June which was originally drawn by her daughter Luna and explained that she and Legend were supposed to get Tattoos drawn by their daughter.

'Luna was drawing on us one night,' Chrissy told Ellen, showing off the tattoo which Lunda drew saying it was 'the best butterfly' she'd ever drawn. On John's arm, the five-year-old drew 'a beautiful floral bouquet'. she told Ellen. 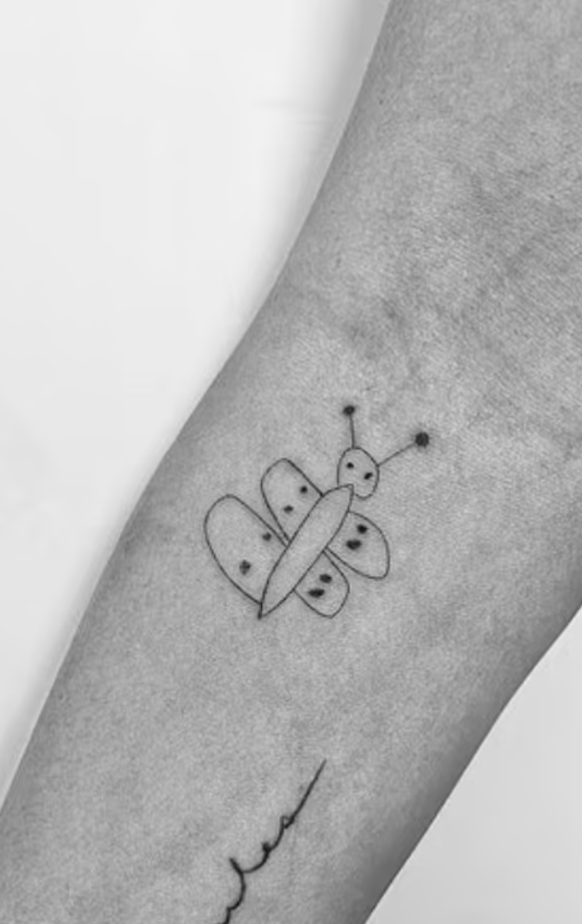 'He was like, "I'll tattoo mine if your tattoo yours,"' she explained laughing. 'Well I don't wanna say it but yours looks a lot better than mine. But we support the arts in our household so.'

Teigen eventually got the tattoo while her singer husband did not even get inked.

'And then I went and got mine done and he never went and got his done. But I love it Luna, so much.' she continued.

And now, John has a funny explanation for why he didn’t get a tattoo with his wife, “Honestly, I just forgot all about it and Chrissy’s appearance on ‘Ellen’ reminded me and I called up our tattoo artist that did Chrissy’s, and I’m going to do mine this weekend,” Legend told Jenna Bush Hager and guest co-host Willie Geist Wednesday on TODAY with Hoda & Jenna.

“She drew a flower on my arm, and I would say it’s probably a better tattoo than Chrissy’s, and so I have no right to refuse it, honestly,” he said.