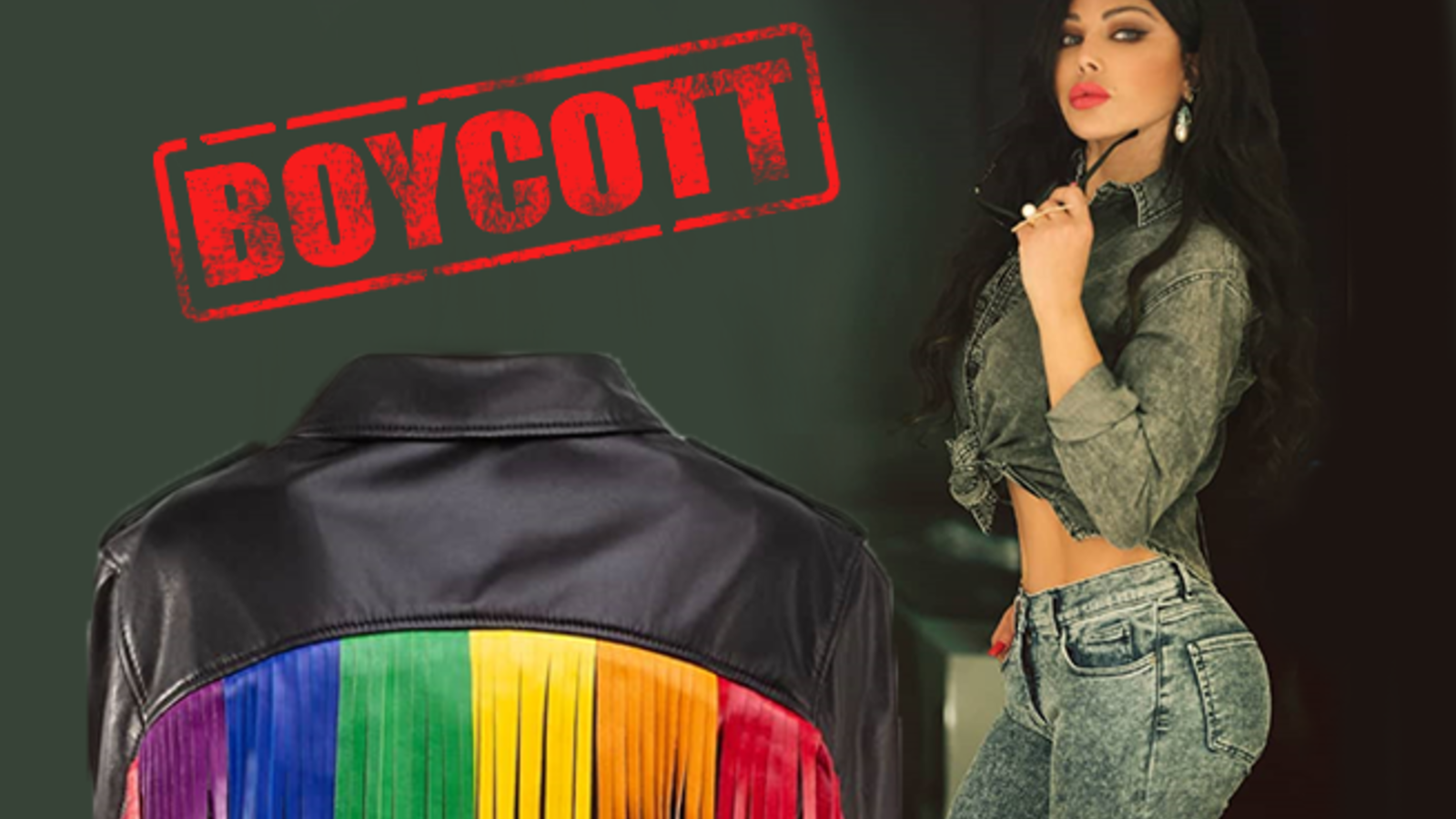 A group of social media users have started a massive campaign to boycott Haifa Wehbe's fashion line a few hours after it was launched, due to some of the pictures on the brand's Instagram page and their captions.

Haifa Wehbe was severely criticized by some of her followers after she posted a picture of one of her designs, a leather jacket embroidered on the back with rainbow colors, but the image's caption was what shocked the audience most.

Haifa Wehbe wrote in the caption: "Nothing is random. Everything has its time and there is a time for everything; at least in my world! Reaching out to Men & Women, Beau Voyou is a proud Lebanese brand where all is skillfully handcrafted, and most importantly with love. For me, Equality goes all the way so stay tuned gents because your collection is on its way! Get ready to celebrate unrestricted and boundless love in 3, 2… GO MAKE SOME TROUBLEEE!! www.beauvoyou.com"

Many saw this as a clear support to the homosexual community and Haifa's way to build LGBT acceptance.

However, the Lebanese star has so far ignored all the comments that asked for boycotting her new fashion brand launched recently.