Did Rawan Bin Hussain Get Divorced of her Husband, who is Accused of Theft?! .. See Her Comment

The image circulated showed a comment of a follower, in which she accused the family of Rawan’s husband of stealing people's money and establishing a new life for him and Bin Hussain.

The follower said in the comment: "May God forgive Almagrif, he stole our money, we the Libyans and moved abroad and established a new life using OUR money, and you [Rawan] are living by stolen money.". 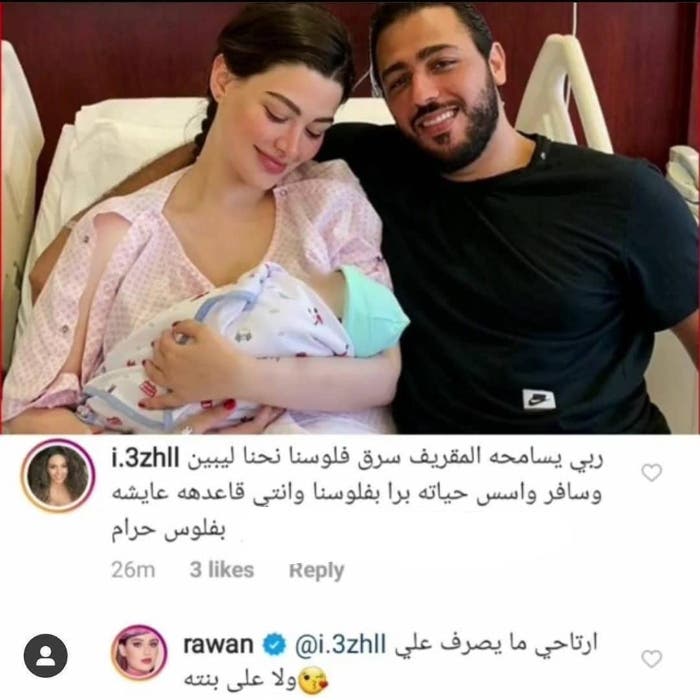 Rawan Bin Hussain's response was unexpected, declaring that her husband does not cover neither her nor her daughter's expenses, saying: "Relax, he doesn't spend money on me nor on his daughter."

The Kuwaiti fashionista has also deleted all of her husband's pictures from her Instagram account, thus raiding the speculation of whether they got divorced.