Did You Know That Kerem Bürsin and Hande Erçel Have Tattoos?! (Pictures)

Leading actors of the Turkish series Sen Cal Kapimi (You Knock On My Door) have only one tattoo each, but they cannot expose them due to the requirements of the script.

Hande Erçel, 27, and Kerem Bürsin, 33, known as Eda and Serkan in Love Is In The Air, have become one of the most on-screen viral couples, and every weekend they occupy global trending topic lists as their series is broadcast on Saturdays in Turkey.

As soon as the show was released, thousands of fan profiles were created on Twitter and Instagram.

From there, their fans share content and millions of personal photographs of the actors, to the point that their loyal followers know perfectly their tastes, their hobbies and every inch of their body. 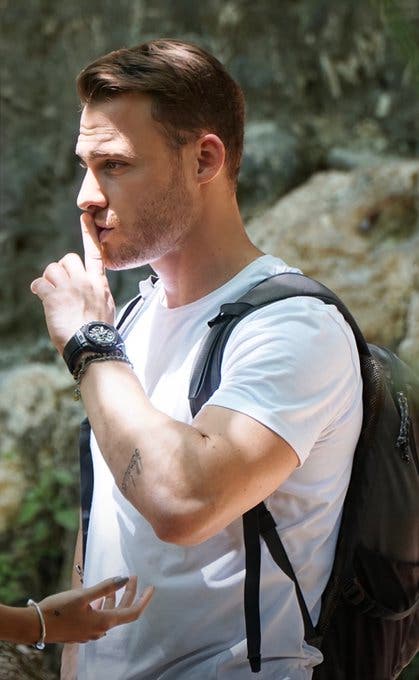 Hence, eagle-eyed fans have not overlooked a hidden aspect in their favorite actors that does not appear in the series: their tattoos.

The truth is that each one of them barely has a single tattoo impregnated on their skin, but they have never been visible on screen.

Due to the demands of the script, Hande and Kerem cannot show their tinted dermis and, even less, expose a close-up of these 'drawings'. 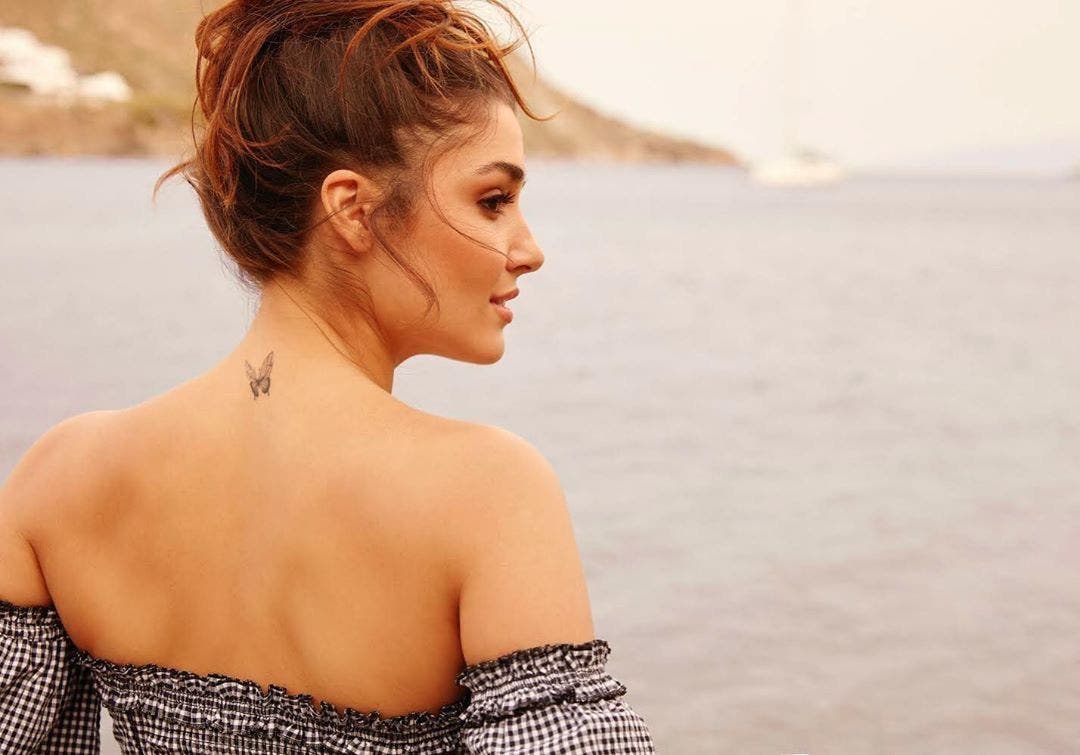 It follows that producers and directors of the show do not see that displaying actors' tattoos in the middle of the story is going to be consistent and beneficial to the plot, and that would alter the profiles they have been given of their characters.

However, the tattoos that each one shows in real life could be perfectly chosen by their on-screen characters, Eda and Serkan, because they are closely linked to their personalities.

Hande has a flying butterfly on her neck. This tiny being represents not only femininity and delicacy, but they are also a symbol of evolution and metamorphosis. Therefore, this meaning could easily be linked to the story of Hande's character, who is a great lover of flowers and animals. 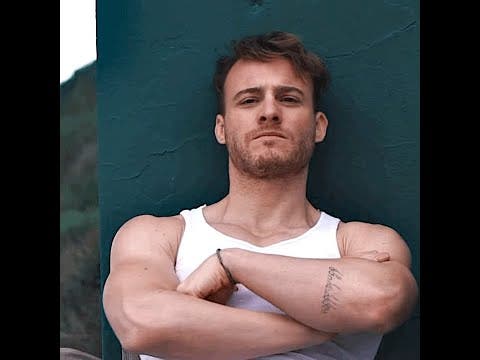 For his part, Kerem has a sentence written in perpetual black ink on his forearm. They are some words in Ottoman language, it’s a poem by Rumi and means “you either be as seem or seem as you are”. It is a sentence that a young man carries not to forget his essence and not to be disloyal to himself or to his loved ones.

Both tattoos perfectly recreate their way of being, as is the case with a tattoo that does appear on the screen throughout the series and on numerous occasions. 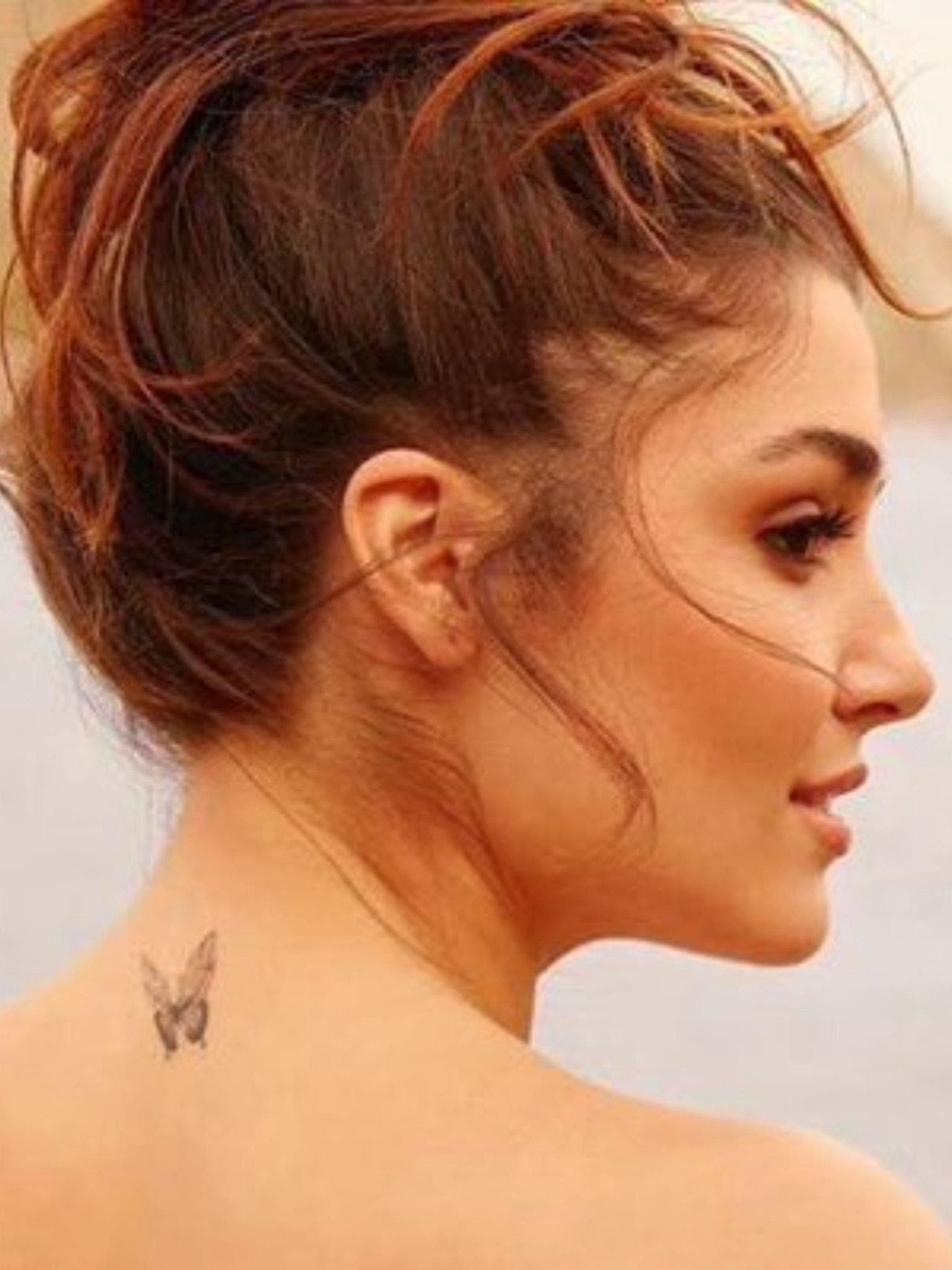 It's a little star Eda wears on her right hand and it's the only tattoo seen in Sen Cal Kapimi, but this design is fake and has to be drawn by the makeup team every time Hande goes to the set.

This star has a special meaning in the plot since Eda's last name is Yildiz - star in Turkish . And it is not the real name of the young woman, because she and her aunt had to change it to escape from their evil grandmother. So every time she remembers her past, Eda is seen stroking her tattoo. 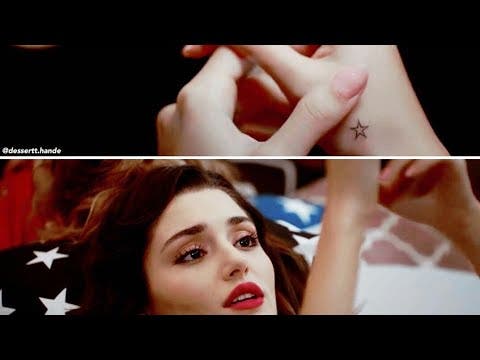 Did You Know That Kerem Bürsin and Hande Erçel Have Tattoos?! (Pictures)