'Disgusting'! Comedian Shaimaa Saif Accused of Promoting Pedophilia Because of This Scene

Egyptian comedian Shaimaa Saif  is being exposed to a sharp attack after circulating a scene from her Ramadan series and accusing her of promoting "pedophilia". 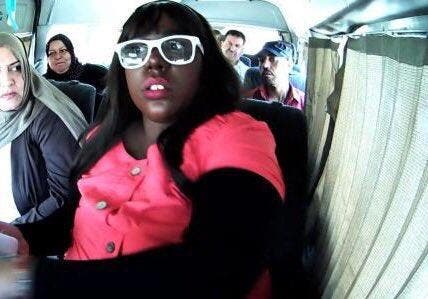 In the scene, Shaimaa was boldly kissing a minor child while bottles of alcohol were in front of them, and commentators described it as "sexual"

Shaimaa Saif was acting in the scene in front of the director. She was playing a woman who cheats on her husband with a minor by seducing the child and kissing him, as the director was heard ordering her to seduce the minor, as the latter was not responding to her and trying to get away but with no avail.

At the end of the scene, Shaimaa Saif's husband enters the room where she was sitting with the child, and tries to clear herself by accusing the young child that she was kissing.

Hashtag #ShaimaaSaifPromotesPedophila was lanched and topped the trending lists on Twitter last night, amid many accusations directed against Shaimaa.

Tweeps attacked Shaimaa and wrote things like: 'We are done with promoting homosexuality. It is time to promote pedophilia, and the same people who support homosexuality are becoming supportive of pedophilia.'

'I need to understand one thing: how the child's parents are ok with him playing this role. It is clear that he is embarrassed, and it was happening without his approval. All that is because of money, goddamn money which let me put my child in this dirty situation.'

'Is it reasonable that there was no one who was awake between them? Neither the director, writer, actor, nor producer?'

Until now, artist Shaimaa Saif, has remained silent about the criticism she was subjected to.