Elham Al-Fadalah and Shehab Johar LEFT Their Spouses and Got Married!

Kuwaiti anchor May Al-Eidan has shocked the audience in the Arab world when she revealed that Kuwaiti actors Elham Al-Fadalah and Shehab Johar have tied the knot. 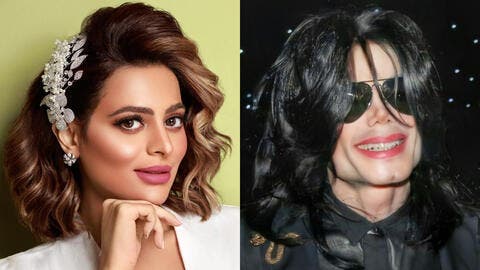 The news was shocking because as far as the audience knows, Elham Al-Fadalah is already married to journalist Khalil Al-Tamimi, and Shehab Johar is also married to a woman who is from outside the celebrity community.

At first, social media users were skeptical about May's news, especially since she's known for sparking controversy every now and then, but May herself said that she congratulated Elham on the marriage and the latter responded to May's message.

Few hours later, Elham and Shehab themselves confirmed the news of marriage, leaving fans in a state of confusion. 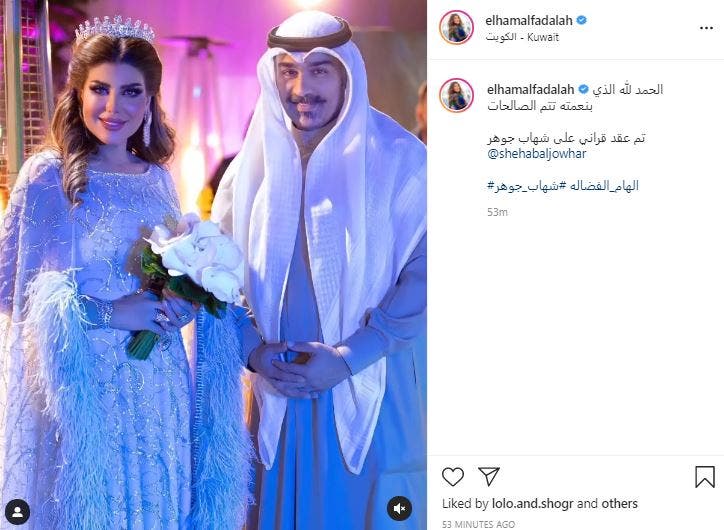 At first, Elham Al-Fadalah confirmed the news an hour ago by posting a picture with her new husband Shehab Johar from their Ramadan series, Amina Haf.

Later on, the newlyweds posted a series of videos on Snapchat revealing the details of their marriage and addressing many questions raised by their sudden marriage.

The first thing Elham addressed was confirming that she's a divorced woman, adding that the separation from ex husband Khalil Al-Tamimi happened a while ago, stressing she did not go public with the divorce or explained the reasons behind it for her daughters' sake, and to keep her reputation clean.

However, Al-Fadalah said something about domestic abuse, and that she was living a tragic life, and if she ever opens her mouth about her previous life with ex-husband, she would throw bombs not only in Kuwait, but on the whole world.

Then Shehab Johar said that once he knew that Elham Al-Fadalah got divorced, he immediately proposed to her and she accepted, and now they are husband and wife.

According to social media users, Elham Al-Fadalah and Shehab Johar started to fall in love with each other when they were filming their Ramadan 2021 series, Amina Haf. 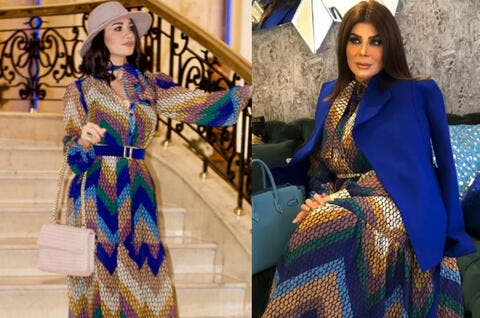 Who Wore It Better? Diana Haddad and Elham Al Fadala in the Same Dress

Despite the newlyweds' lengthy explanation, followers said that many questions were left unanswered, as they recalled how Elham used to brag and praise her ex-husband, prompting them to ask what really happened between the former couple.

The same thing with Shehab Johar's ex-wife, who previously stated that he will never marry again, and that he loves and respects his wife and says she is an understanding woman.

Do you think the former spouses of Elham Al-Fadalah and Shehab Johar will come out and reveal more details about this marriage?

Elham Al-Fadalah and Shehab Johar LEFT Their Spouses and Got Married!

Did Iran Plot an Attack Against Israeli Travellers in Brussels Airport?