It has been claimed that Fahriye Evcen and Burak Özçivit, who are preparing to return to the screen with the TV series Alparslan Büyük Selçuklu, have broken up in the past few days.

Fahriye Evcen, who returned to the screen with the Alparslan Great Seljuk TV series, broke her silence after the allegations that she and Burak Özçivit would divorce.

A surprising claim was made about Fahriye Evcen, who has constantly been on the set for the series shooting. According to the rumors, it was claimed that Fahriye Evcen and Burak Özçivit did not get along and decided to separate.

According to TV100, Fahriye Evcen denied the divorce allegations and said: 'There is no such thing. News made out of boredom. There is no truth to it, I don't know why it came out, I guess it's boredom.'

Evcen did not stop here, as she also indirectly denied the separation rumors by sharing a picture with her husband Burak and their son Karan.

She captioned the picture: 'As I start the day with the two halves of my heart.. I love you.' 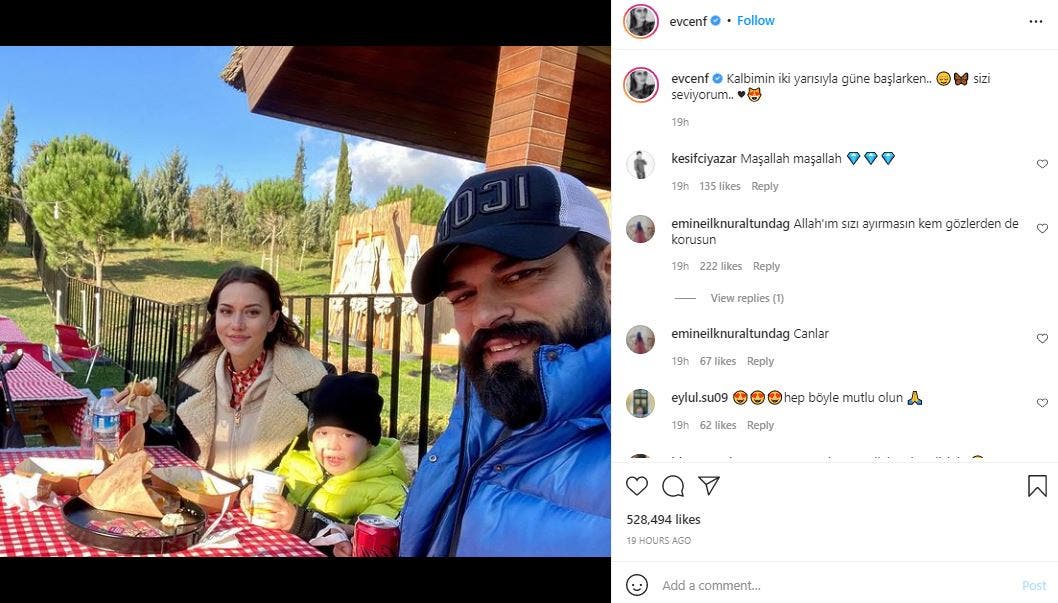 For his part, Burak Özçivit shared the same picture to deny the separation rumors. He captioned it: 'Morning pleasure with two halves of my heart.Good morning everyone.' 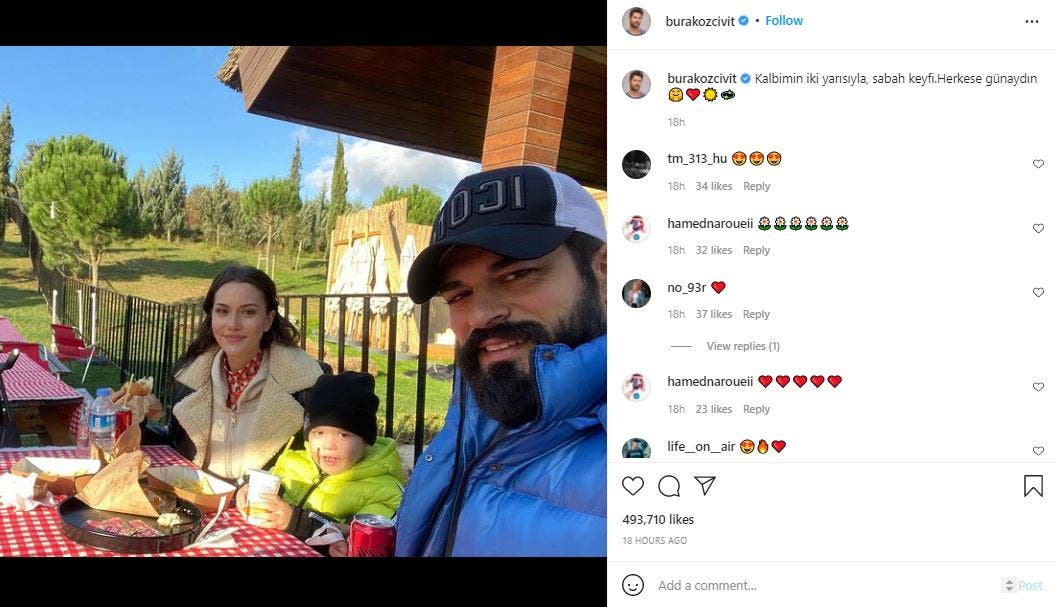 Fahriye then shared yet another picture while hugging her husband Burak Özçivit to firmly deny divorce rumors. She captioned the image: 'I got my kiss of luck.. See you tonight.' 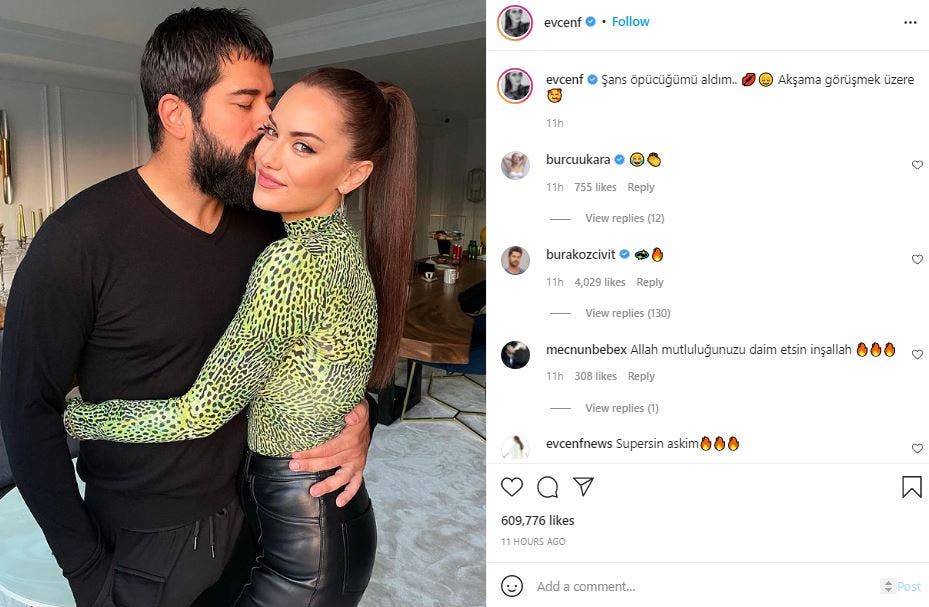 Burak Özçivit and Neslihan Atagül Reconciliation Is Back to the Forefront

After the divorce rumors between Fahriye Evcen and Burak Özçivit went viral in the media, the audience recalled the reconciliation between Burak Özçivit and Neslihan Atagül last September, claiming that it could be the reason behind the now-denied separation rumors.

Last September, Foochia.com reported that Burak Özçivit and Neslihan Atagül have put years of old dispute behind their backs and reconciled, a step that was not welcomed by Burak's wife, German-Turkish actress, Fahriye Evcen.

At the time, it was reported that Fahriye was angry and upset of her husband's friendship with Atagül, and she responded to the Turkish press that this subject does not concern her at all, and that she minds her own business when it comes to Burak's professional relationships in the art field, expressing her anger of the question.