The Turkish star shared pictures of her looking absolutely flawless as she donned a blue shirt, two-piece white swimsuit, and the bottom half looked like maternity shorts.

Fahriye shared ten pictures fro a photoshoot she took while she was on the boat, The German-born star had her hair tied up, which showed her beautiful facial features, and her natural make up.

The actress showed off her growing baby bump in the stunning photoshoot.

Burak Özçivit and Fahriye Evcen are expecting their second child together, the pair got married in 2017, and she gave birth to her first child, Karan in 2019. 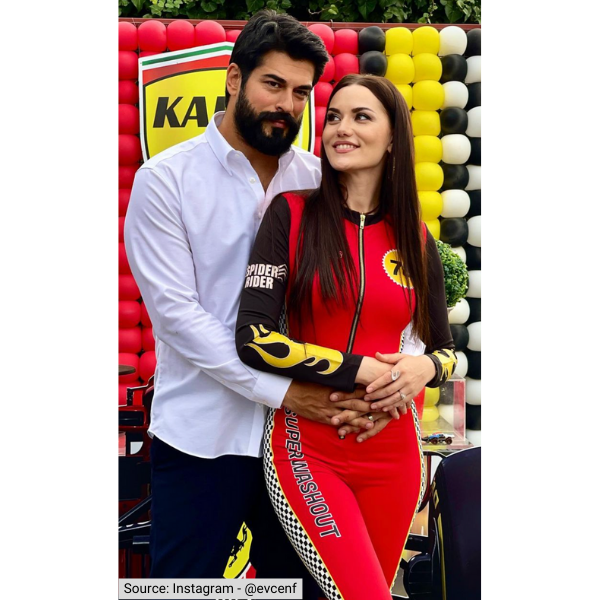 The series of snaps comes after rumors spread all over social media claiming that Burak and Fahriye are reportedly having some problems, but the 37-year-old actor was quick to deny the rumors.

The Turkish actor took to his Instagram page to address the rumors, by sharing a picture while he was hugging his wife Fahriye while they were both smiling.

He also shared his post to his story, assuring that he and the Turkish actress are still going strong, Burak wrote: ''Don't be silly. Leave us alone, love for everyone.'' 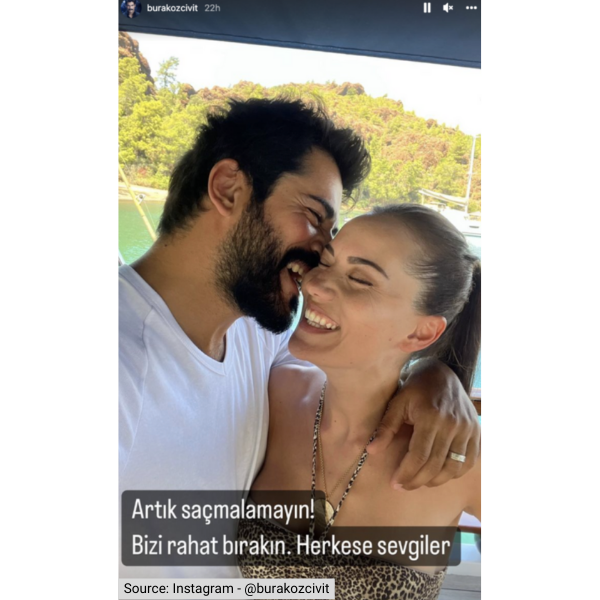 And in the recent weeks, Fahriye had confirmed her pregnancy for the second time.

The Turkish press quoted her as saying, "We just found out.. we are very excited and happy.. we feel that it is so new that we did not even have a chance to tell Karan."