Fans Frustrated After Zendaya Only Appears for 7 Minutes in Dune!

Published October 26th, 2021 - 10:37 GMT
Zendaya has been transparent about her limited involvement in “Dune”
Highlights
Warning: This story contains spoilers for “Dune.”

“Dune” is about 155 minutes long and approximately seven of those minutes feature star Zendaya. 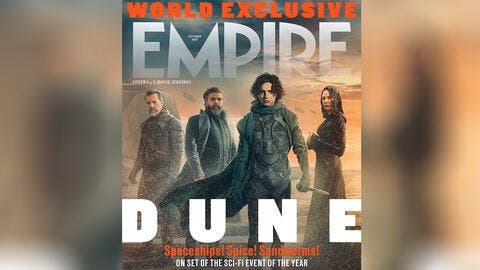 The 25-year-old, plays Chani in the adaptation of Frank Herbert's novel.

And despite her not being in the movie for a long time, it has been made clear she'll most likely have a much bigger role in Dune's sequel, which still doesn't have an official green light by Warner Bros.

And viewers had a lot to say about the matter, and Zendaya's fans took to twitter addressing their frustration over the star's lack of screen time.

YouTuber MacDoesIt said: 'The credits were longer than Zendaya's camera time in Dune.'

@itsnotjess123 added: 'Dune better get a sequel the way Zendaya has been put to work for the promo.' 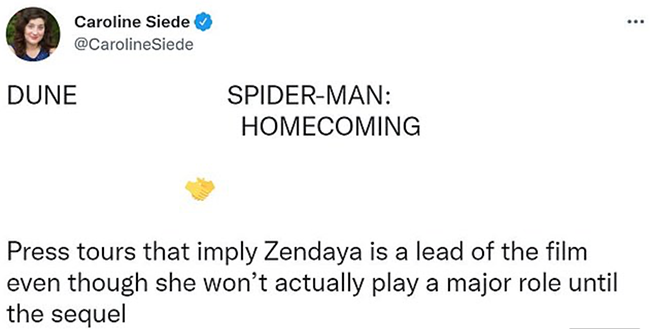 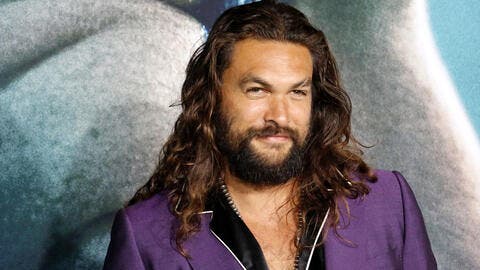 Jason Momoa Admits he Was Nervous to Star in "Dune"

@itsnotjess123 added 'The new Dune TV spot was 90% Zendaya they are baiting everyone so hard.'

Zendaya’s name and likeness are featured prominently on the poster for the movie and her character occupies a substantial portion of the trailer. In recent weeks, she and co-star Timothée Chalamet have carried the “Dune” press tour on their backs with their compelling chemistry and charm.

Zendaya has been transparent about her limited involvement in “Dune” during interviews leading up to the release of the film. While appearing last week on “The Late Show With Stephen Colbert” alongside Chalamet, the “Euphoria” star revealed she was only on the “Dune” set for a total of five days, arriving well into the lengthy production.