Florence Pugh has refused to discuss the sex scenes in her upcoming film with Harry Styles, Don't Worry Darling, since it's 'not why she's in this industry'.

The actress, 26, was pictured receiving a raunchy sex act from her on-screen husband, 28, in the movie's trailer, which was released in May.'

It follows reports that Florence was unhappy with her Don't Worry Darling co-star and director Olivia because of the way her relationship began with Harry.

Following the footage's release, fans have gone wild over what else may feature in the picture, directed by Olivia.

She told Harper's Bazaar: 'When it's reduced to your sex scenes, or to watch the most famous man in the world go down on someone, it's not why we do it.

'It's not why I'm in this industry. Obviously, the nature of hiring the most famous pop star in the world, you're going to have conversations like that. 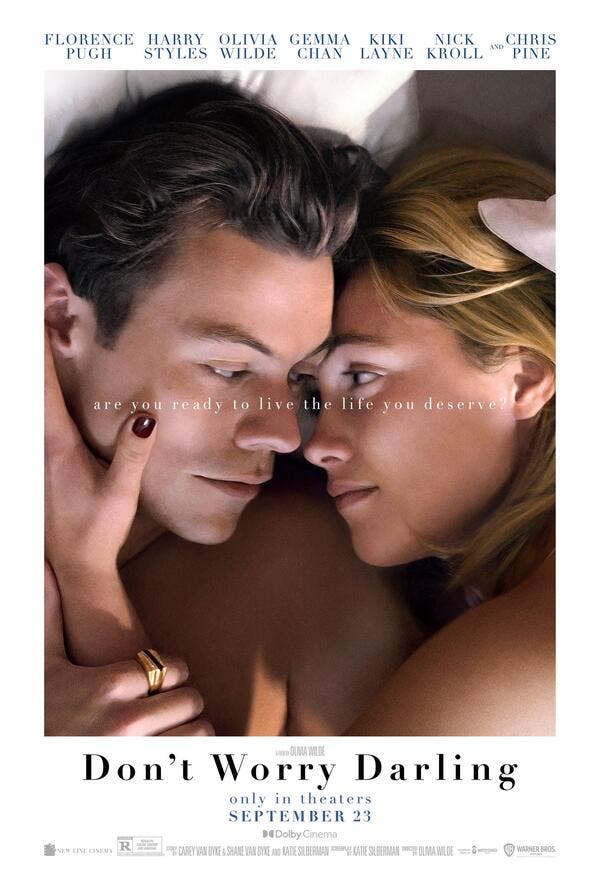 Florence was said to be unhappy with her Don't Worry Darling co-star and director Olivia Wilde because of the way her relationship began with Harry.

Olivia, 38, is now in a relationship with the Watermelon Sugar hitmaker, whom she met on the set of the upcoming movie. 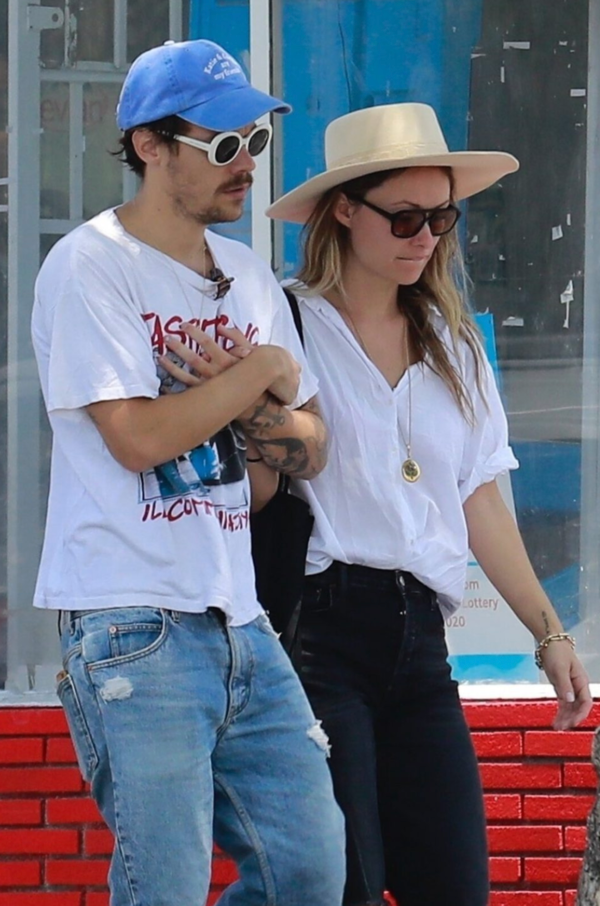 In the film Harry and Florence play a married couple in the sexually charged film, which tells the story of a 1950s housewife living with her husband in a Utopian experimental community. Olivia appears as a character called Bunny.

Olivia and Jason Sudeikis, 46, got engaged in 2012 and share children Otis, eight, and Daisy, five.

But there is some confusion over timings because Olivia and the Ted Lasso star were thought to have split in November 2020.

Olivia made headlines with Harry in January 2021, when they were photographed holding hands at his manager's wedding.

While it's never been confirmed that Olivia and Harry's romance began while she was still engaged to Jason, Page Six have reported that Florence has fallen out with Olivia over the coupling.

An insider told the site: 'Flo seeing Olivia and Harry all over each other on set did not go down well as Olivia was still with Jason when she first hooked up with Harry.'

At the time, sources claimed the relationship with Harry was the main reason for the split.

One insider told the site that the affair with Harry had been ongoing for a month, leaving Jason distraught.

The insider added this week: 'Jason and the kids visited Olivia on set at the beginning a few times, so I think this all made people feel a little uncomfortable.'

MailOnline contacted a spokersperson for Olivia Wilde, Harry Styles and Jason Sudeikis for comment at the time of original publication.

Fans have noticed that Florence has not praised Olivia as a director on the project.

She is said to have failed to 'like' a post in which Wilde included the full official trailer for Don't Worry Darling last week.

Yet Olivia shared a picture of Pugh and wrote: 'Watching this woman work was such a f–king thrill! Cannot wait to show you more. @florencepugh @dontworrydarling.'

Florence didn't respond but that same day posted a trailer for another new project, Oppenheimer.'