A couple of days ago, Russian wrestler Khabib Nurmagomedov has shocked the world and announced his retirement after he defeated opponent American wrestler Justin Gaethje, retaining his title as UFC Lightweight Champion since 2018.

Fans were not the only ones who paid tribute to the professional boxer, as celebrities from all around the world shared emotional messages expressing their pride of Nurmagomedov.

Juventus forward Cristiano Ronaldo shared a picture of Khabib crying on the floor after his last battle and announcing retirement.

He told him: "Congrats bro! Your father is proud of you." 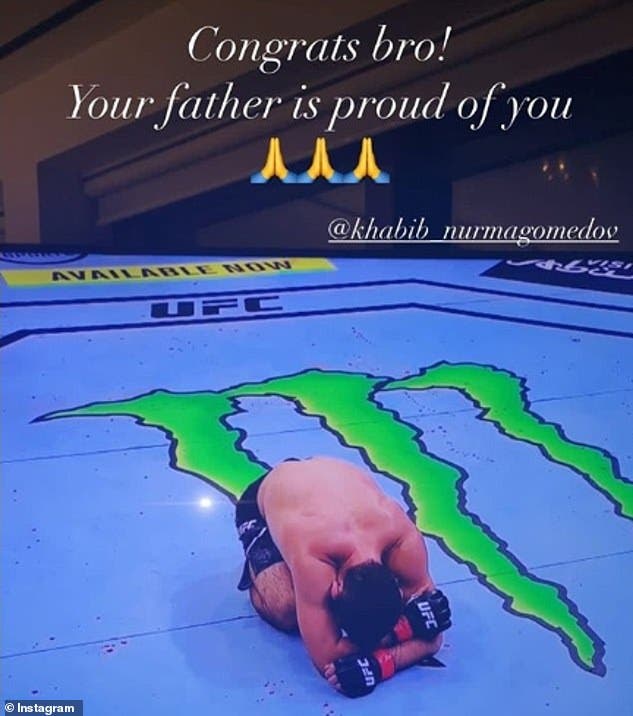 Actress Halle Berry posted Khabib's picture on her Instagram account, and wrote: "What a champion, what a man, what a legacy! congratulations @khabib_nurmagomedov! ♥️ #UFC254"

What a champion, what a man, what a legacy! congratulations @khabib_nurmagomedov! ♥️ #UFC254

Irish mixed martial artist Conor McGregor tweeted: "Good performance @TeamKhabib. I will carry on.
Respect and condolences on your father again also. To you and family.
Yours sincerely, The McGregors."

Good performance @TeamKhabib.
I will carry on.
Respect and condolences on your father again also. To you and family.
Yours sincerely, The McGregors.

Until I take that heavily crown, I grant you the spot. 🤙🏾 Enjoy Champ

Congratulations to the greatest champion in @ufc history. What a career, we are forever grateful for the time we got to spend with you my brother. 29-0 undefeated and undisputed. #weareaka #eaglesmma #fathersplan #heissoproud ⁦@TeamKhabib⁩ pic.twitter.com/uXjiT34JuV

Congratulations on an outstanding performance @TeamKhabib and an absolutely flawless career!!! You deserve all of the accolades bestowed upon you. You are incredible and I want to thank you for how you competed and the way you represented the sport of MMA

Miley Cyrus Says Her Marriage From Liam Had Too Much Conflict