Şahmeran TV series crew will meet in Adana soon to begin filming, and the cast is amazing. The story is written by Pınar Bulut, which is being produced by Tims&B. 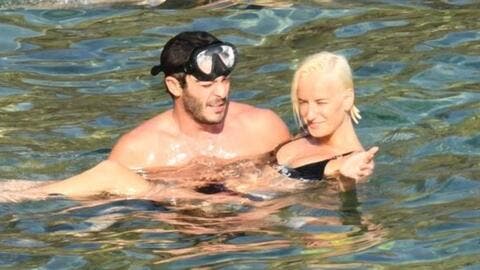 Serenay Sarıkaya and Burak Deniz would be together in the lead roles in Şahmeran. And not only the main characters of the series are popular names, but also the names of actors in supporting roles drew great attention too.

Very impressive names are coming together for the Şahmeran project. The agreement with Burak Deniz for the series, which is planned to be broadcast on Netflix in 2022, was a development that made the audience happy.

You will see master names in side roles in Şahmeran, which will be directed by Umur Turagay.

In the series, which will be shot in Adana as well as in Tarsus and Datça; The cast includes striking names: Mustafa Uğurlu, Mahir Günşıray and Ebru Özkan.

In addition to these 3 important names who have taken part in many projects in the sector with their impressive roles; Mert Ramazan Demir, Mehmet Bilge Arslan and Nilay Erdönmez are also among the names in Şahmeran's cast.

The series is expected to be one of the most ambitious digital series of the next season, both with its story and cast.

Famous actress Serenay Sarıkaya is excited to return to TV after many years. The actress, who denied the love claims about her in the past days, said that she is experiencing great excitement because of the new series, and will soon be on set.

Burak Deniz is the new partner of Serenay Sarıkaya in Şahmeran. Journalist Birsen Altuntaş announced this development and revealed that the team will start shooting in Adana.

After the finale of the Maraşlı series, Burak Deniz joined Ferzan Özpetek's Ignorant Fairies in Italy in July. After having the opportunity to rest for a while, the actor is getting ready to go on the set again.

She expressed her happiness in a statement that said: 'I can't describe how much I miss coming back with a new job, it's coming...hiss' adding few snake emojis.

Arab fans were so excited to learn the news, and once they knew the plot of the show, they started circulating an old viral video of a teacher teaching students about snakes and their voices.

Iranian Rapper Arrested for a Song Criticizing the Islamic Republic