This is How Amber Rose's Family Reacted to Her Contractions 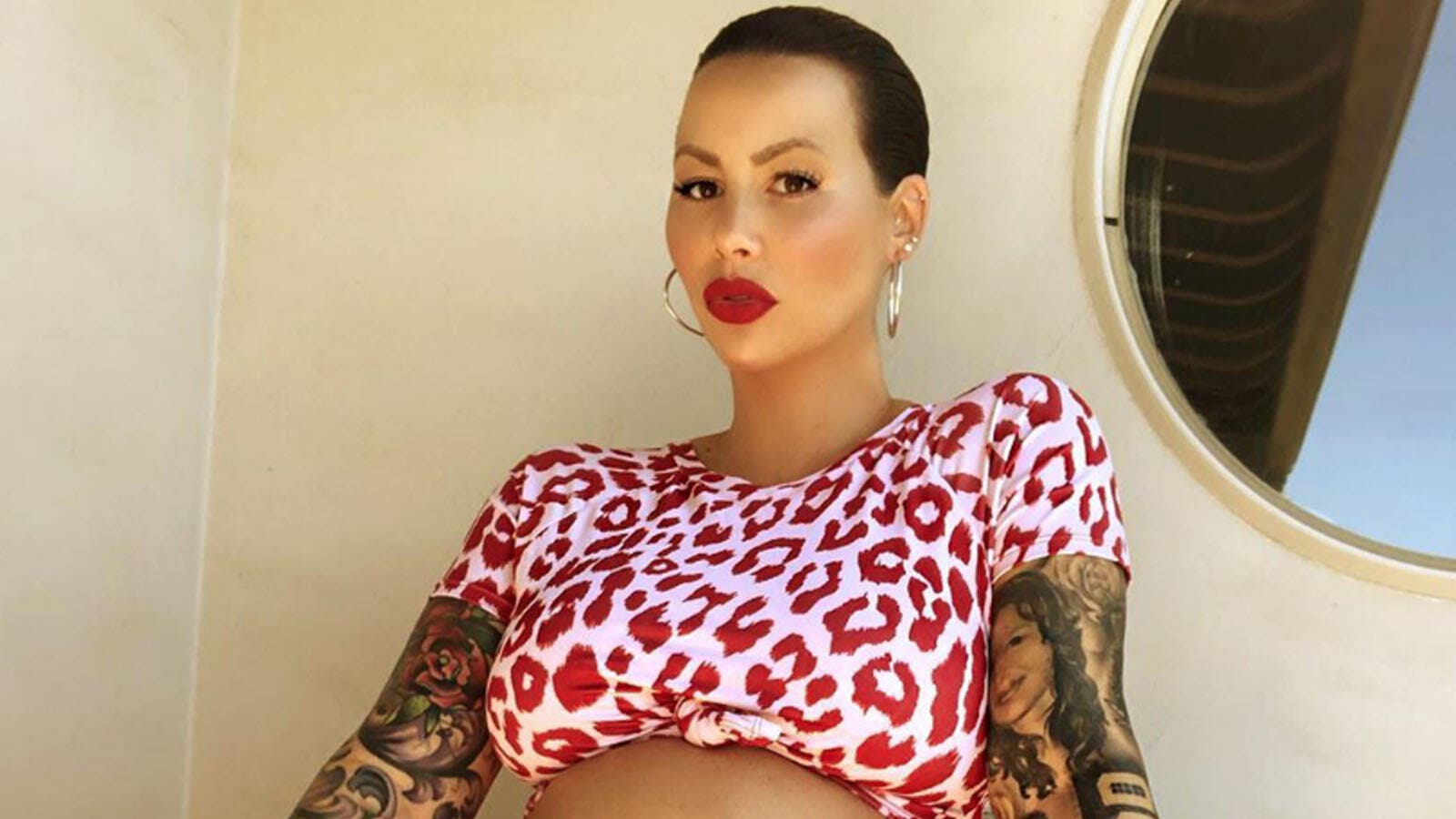 They Named the baby 'Slash Electric'
Highlights
She gave birth to her baby boy just nine days ago.

And on Sunday, Amber Rose took to Instagram to share some intimate photos of the apparent family affair.

'October 10th 2019 on our way to the hospital to have Slash Electric,' Rose, 35, captioned the first series of photos, featuring her mom, her boyfriend Alexander 'AE' Edwards, her son Sebastian, and even her personal assistant and her security guard

Go mom go! Later, Sebastian, whom Rose shares with her ex, Wiz Khalifa, can be seen cheering his mom on while his pillow baby sits still under his shirt

'Meanwhile this is my Family while I was having Contractions,' she captioned a second set of photos that begins with a pic of the actress in a hospital bed.

Before the crew headed off to the hospital, they snapped a few pics with Rose outside.

The star wears a red hoodie that's been pulled up to reveal her huge baby belly.

The photos that follow tell a hilarious story of what was likely a painful, but entertaining few hours for Rose.

In the second photo in the series, the model's brows are furrowed in pain as Edwards, 33, snaps a selfie with her.

Meanwhile, Sebastian, six, pretends to give birth to a pillow that Edwards has helped him stuff up his white T-shirt.

Later, Sebastian, whom Rose shares with her ex, Wiz Khalifa, can be seen cheering his mom on while his pillow baby sits still under his shirt.

After a successful birth, Edwards shared a photo of himself cradling his baby son, revealing the unique name they had chosen for him: Slash Electric.

Clearly enamored with his new arrival, A.E. captioned the picture: 'Slash Electric Alexander Edwards.. the world is urs now,' alongside a heart Emoji.

He continued the post with a tribute to Rose, writing, 'Thank u @amberrose for loving me so much that u put ur body thru it 2 bring my sun in2 the world. I could never be as strong as u.'