Published April 7th, 2021 - 08:25 GMT
Iggy now resides permanently in Atlanta.
Highlights
Iggy Azalea has leaked her own Instagram DMs and exposed a number of prominent rappers and celebrities in the process.

In a video posted to her TikTok account, the Australian star shared X-rated messages and even revealed a $15,000 cash offer from a mystery celeb who was willing to pay just to speak with her.

Although the names of the celebrities were blurred out, the images revealed that they all had verified Instagram accounts with millions of followers.

Iggy Azalea has leaked her own Instagram DMs and exposed a number of prominent rappers and celebrities in the process. 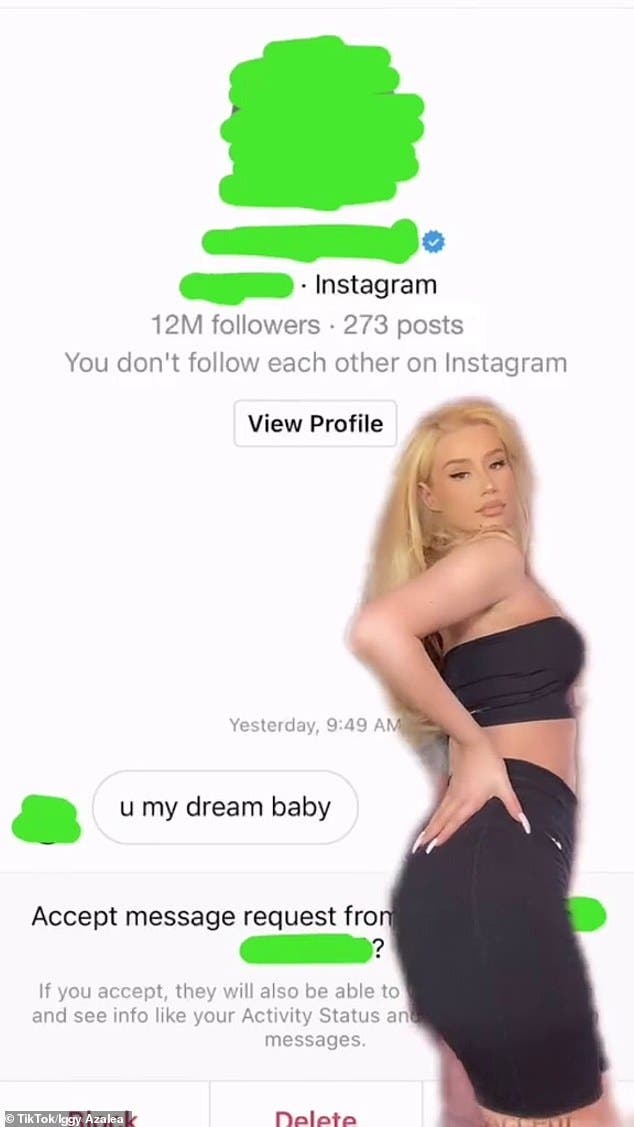 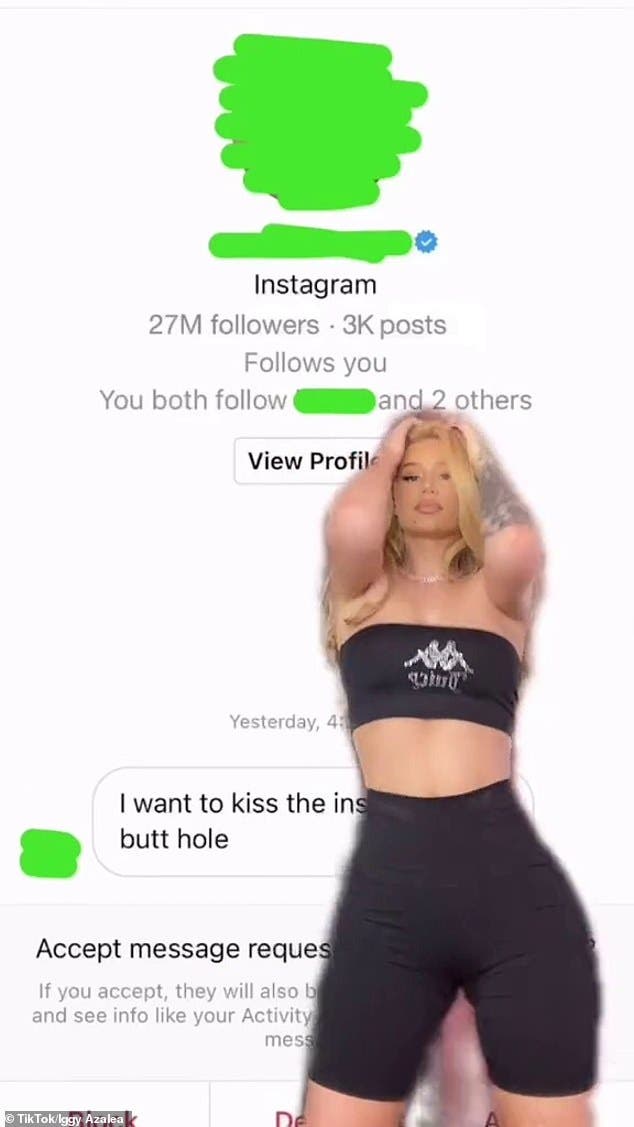 'I'll pay you for your time,' begged another mystery man. 'I'll give you 15k just to speak to me and have a conversation.

'Over the phone or on here. I'll Cash App the money,' they continued. 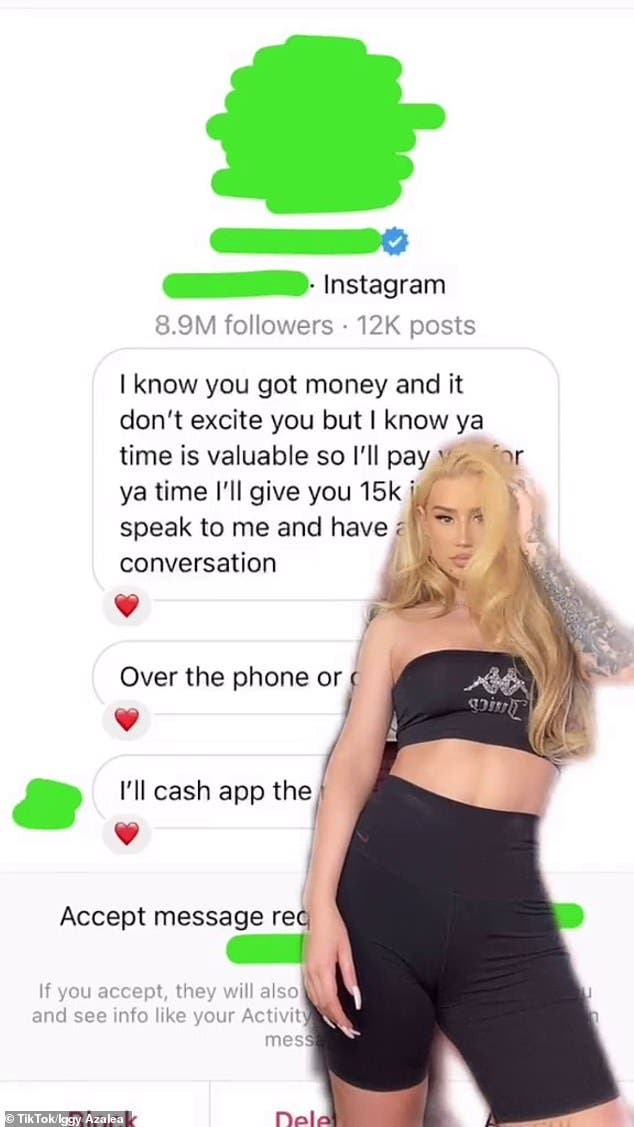 Another celebrity offered to marry Iggy, and vowed that they'd 'protect' the Aussie star better than her ex-boyfriend Playboi Carti did.

'I'll play side n***a step daddy roleplay, toe massage, therapist, whatever role you want me to play,' they pleaded.

Iggy recently referenced the amount of famous rappers in her DM's in her brand new single, Sip It. 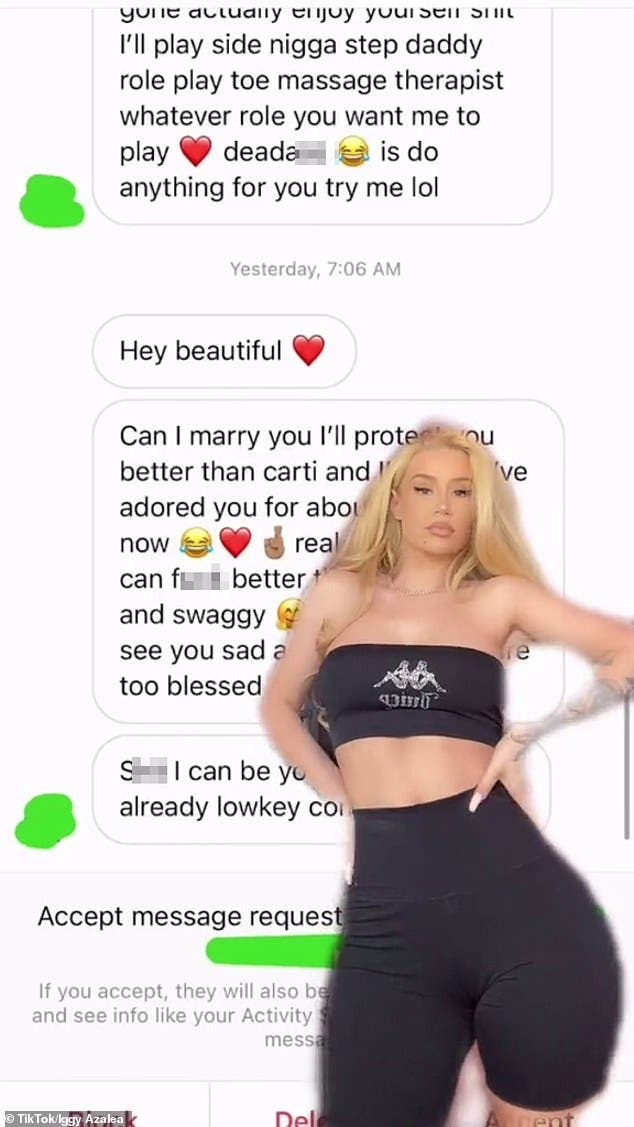 In the clip, the 30-year-old twerks in a convenience store while wearing a sheer, multi-coloured bodysuit and G-string.

There also stripping scenes involving the rapper's back-up dancers, including one raunchy lap dance that results in one woman putting her head between Iggy's legs.

Another scene sees Iggy pour a carton of milk over a twerking stripper's backside.

The lyrics rival Cardi B's raunchy hit WAP, with references to oral sex, one-night stands, and flirting with other rappers.

'Rappers in my phone, in my DM, won't leave me alone,' she continues. 'Sip this p***y like it's Styrofoam.'

Iggy, whose real name is Amethyst Amelia Kelly, was born in Sydney before moving to Miami to pursue her rap career at 16.

After living in Florida and Los Angeles for several years, Iggy now resides permanently in Atlanta.

Rawan Bin Hussain: I Regret Going Public With My Issues Against My Ex-Husband & I Feel Empty After He Left