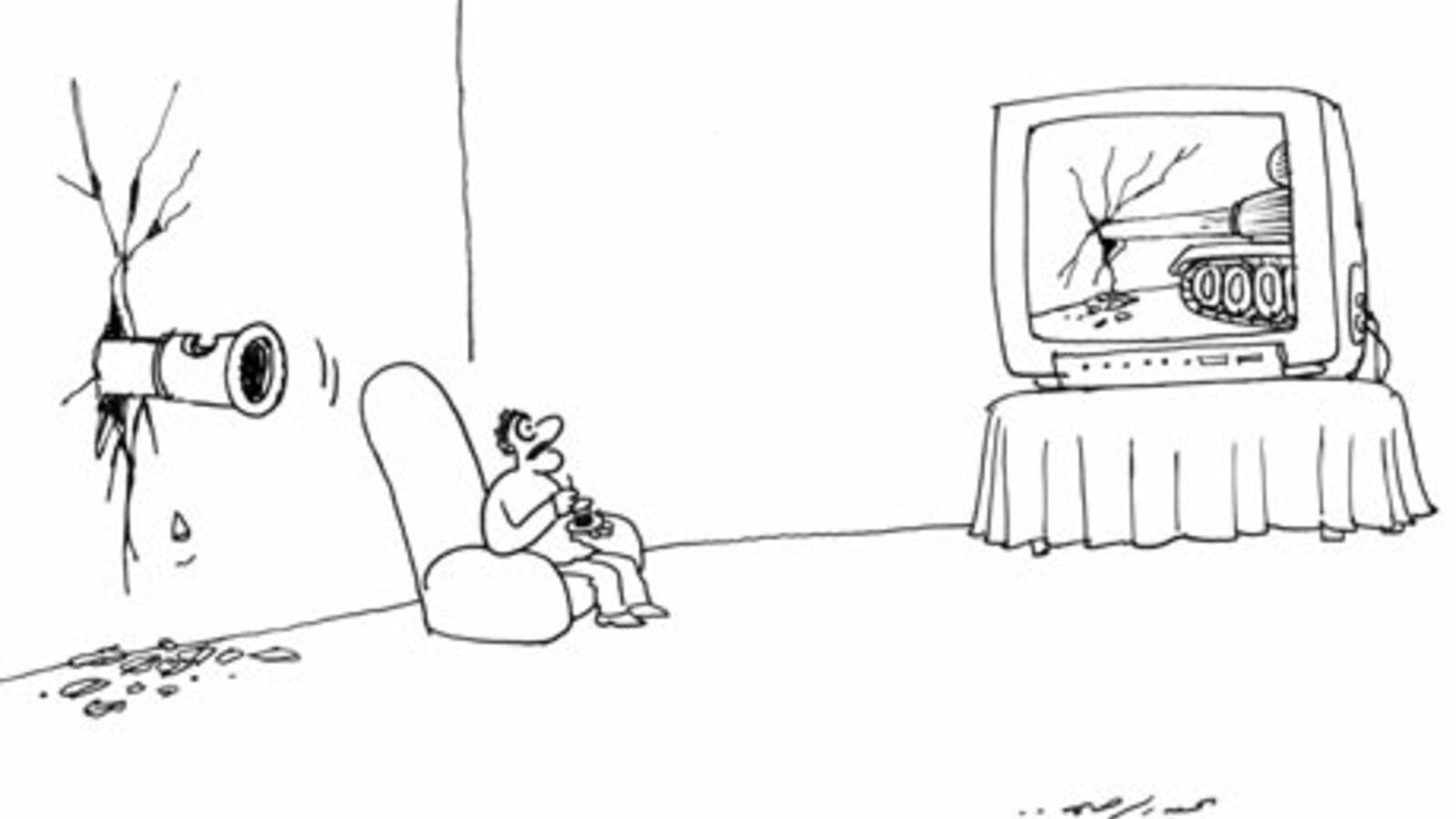 A cartoon by Abdul Raheem Yassir, part of the Iraqi pavilion at the Venice Biennale. (Image: Ruya Foundation)

Iraq’s pavilion at the Venice Biennale, a major contemporary art exhibition that takes place in Italy, will showcase – for the first time – contemporary Iraqi artists as they attempt to depict their people’s daily struggles in a country trying to recover from years of war, reported Britain’s The Guardian newspaper.

Among the participants in the pavilion, commissioned by the Ruya Foundation for Contemporary Culture in Iraq and titled “Welcome to Iraq”, is political cartoonist Abdul Raheem Yassir, who uses humor “to address the social and political chaos and corruption in the country.” Yassir will be showcasing a number of his pieces, one of which shows an artist drawing a bomb falling from the sky, moments before it strikes him.

"The artists in Iraq are isolated from the art world," Jonathan Watkins, curator of the pavillion and director of the Ikon Gallery in Birmingham, was quoted as saying at Art Dubai, the Middle East’s premier art event.

"Most of them didn't know where Venice was. There's not much of a local audience because people are just concerned with surviving. A lot of them said it was the first time anyone had ever asked to see their work."

The first Iraqi pavilion to take part in Venice’s art exhibition was in 2011. It showcased artworks of Iraqis who left the country in the 1970s, prior to the Iran-Iraq war.

Tamara Chalabi, chairwoman and founder of the Ruya Foundation, said supporting Iraqi art is vital as it will give artists a medium through which they can reach the outside world. "Civil society is struggling in Iraq. But we feel by supporting art and culture we're bridging the gap with the outside world.”