She 'broke the internet' yesterday when she finally joined Instagram.

And Jennifer Aniston has now made her second post on the social network, paying homage to her new record.

The 50-year-old shared a small clip from her upcoming series, The Morning Show, where her character is seen throwing her phone out of frustration.

'I swear I didn’t mean to break it... Thank you guys for the kind, glitchy welcome ❤️' she jokingly captioned.

Jennifer was playing the character of Alex Levy, sitting in the makeup chair with her phone before throwing it out of some sort of frustration.

The actress' post comes after she's managed to gain over 10.1 million followers in just over 24 hours and 11.4 million likes on her first post.

And while fans have joked about her breaking records by appearing on Instagram, it appears to be official with the Guisness World Records account commenting on her recent post.

'Congrats on your record Jen! Check your DMs,' they wrote.

Jennifer 'broke the internet' yesterday when there were too many people trying to follow her all at once.

Before Jennifer, Prince Harry and Meghan Markle held the record for the fastest Instagram account to reach one million. They've held the title since debuting their account in April when they amassed the numbers within 5 hours and 45 minutes.

The Murder Mystery star made the feat in just 5 hours and 16 minutes. 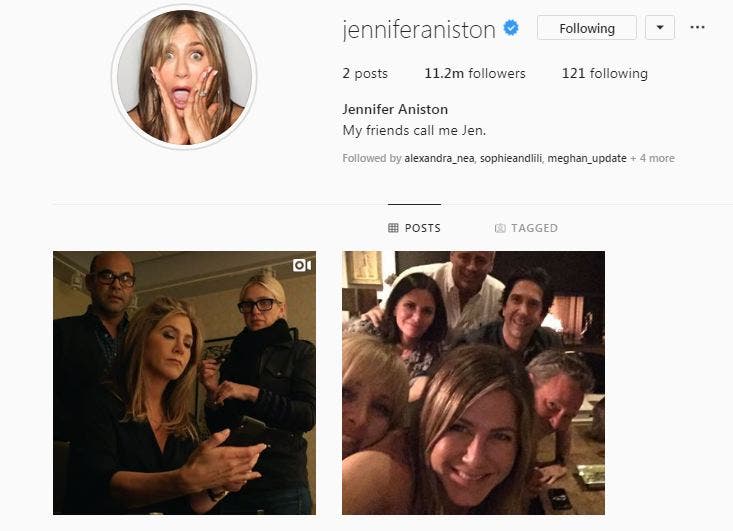