Published December 6th, 2021 - 09:16 GMT
Canadian singer Justin Bieber arrives for the 2021 Met Gala at the Metropolitan Museum of Art on September 13, 2021 in New York. This year's Met Gala has a distinctively youthful imprint, hosted by singer Billie Eilish, actor Timothee Chalamet, poet Amanda Gorman and tennis star Naomi Osaka, none of them older than 25. The 2021 theme is "In America: A Lexicon of Fashion." (Photo by Angela WEISS / AFP)

According to the media Bieber hit the stage on Sunday, December 5, 2021, all the way over at the Jeddah Corniche Circuit in SA, where the F1 Grand Prix is taking place and where he was scheduled to headline among a slate of other grand Arab performers like Amr Diab. 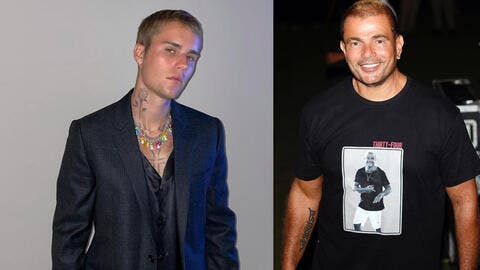 Bieber wore a red outfit for the performance and both he and the audience looked thrilled.

David Guetta and Justin Bieber both were at the Formula 1 Saudi Grand Prix ceremony but were preceded the artist Amr Diab, who sang to his fans on the Jeddah Corniche with a selection of his most famous songs. The Formula 1 Saudi Grand Prix competition witnessed several entertainment activities on the sidelines, including a concert by Egyptian songster Mohamed Hamaki.

British Mercedes driver Lewis Hamilton won the Saudi Formula 1 Grand Prix, and was level with Red Bull's Dutch driver Max Verstappen, who finished second, in the world championship standings before the final race of this year next weekend.

Bieber's decision to carry on with the gig was disheartening to many, especially those who were actively campaigning for him to scrap the show including the widowed fiancee of one Jamal Khashoggi, who wrote an open letter for him to reconsider.