She welcomed her first child, a baby girl called Daisy Dove, with her fiancé Orlando Bloom in August.

And Katy Perry shared one of the secrets behind her incredible post-partum figure as she flashed her Spanx in a cheeky clip shared to TikTok on Sunday.

The pop princess, 36, put on a goofy display as she lifted her blue PVC jacket to reveal her shapewear, before uploading a series of glamorous images to Instagram. 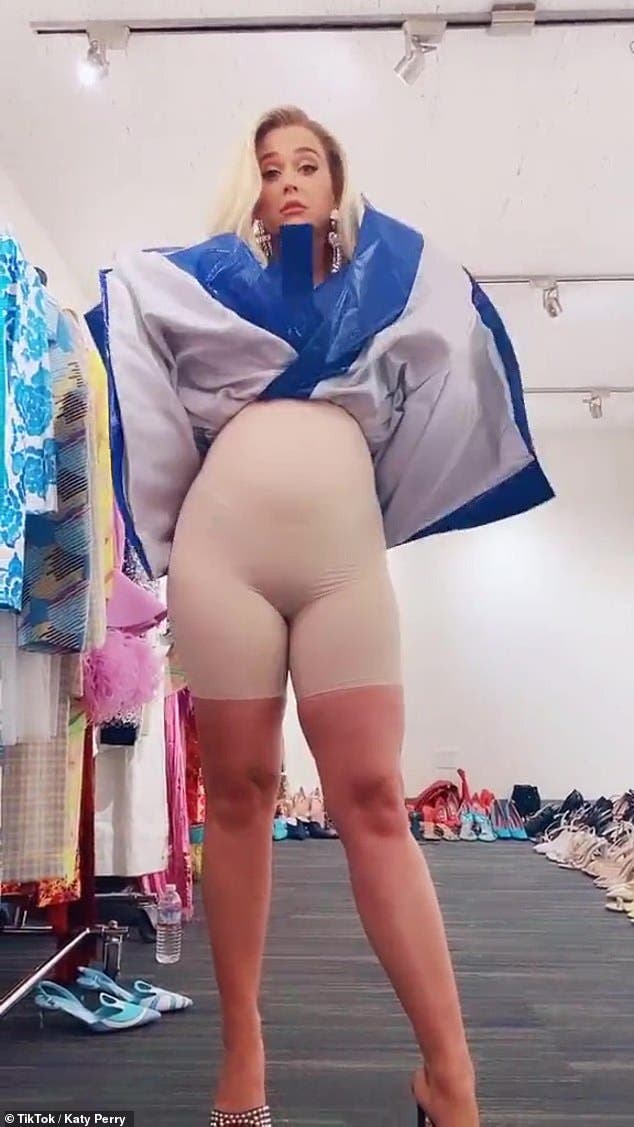 For her hilarious video, the Teenage Dream songstress covered her famously curvaceous frame underneath a stylish blue trench coat.

As she strutted across a walk-in wardrobe to Sarah Vaughan's Whatever Lola Wants, the American Idol judge raised her outerwear to reveal her nude-toned undergarment.

The media personality looked chic as she sported a lengthy bleach blonde wig while the words 'style' and 'confidence' appeared on the screen. 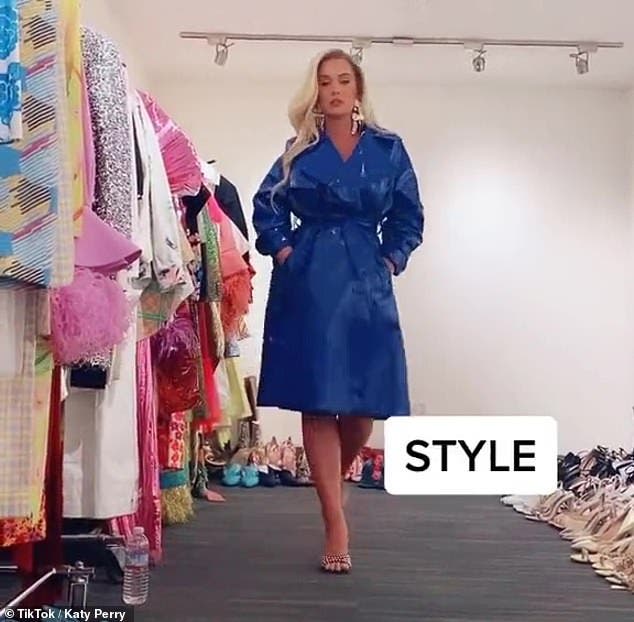 The camera later shifted toward the bright red Spanx tag laying on the ground near her feet.

'#whatmakesawoman #foryou,' the artist captioned the post, referencing to one of the tracks off her latest album Smile, which dropped in August. 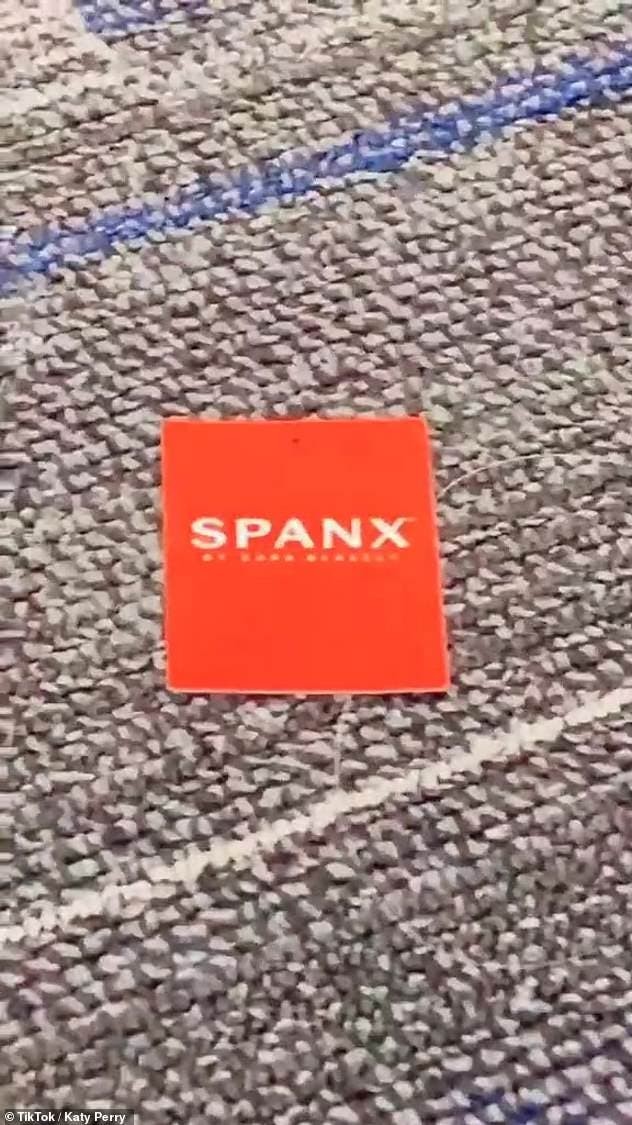