Kourtney Kardashian is Teased Over Her Taste in Arabic Music 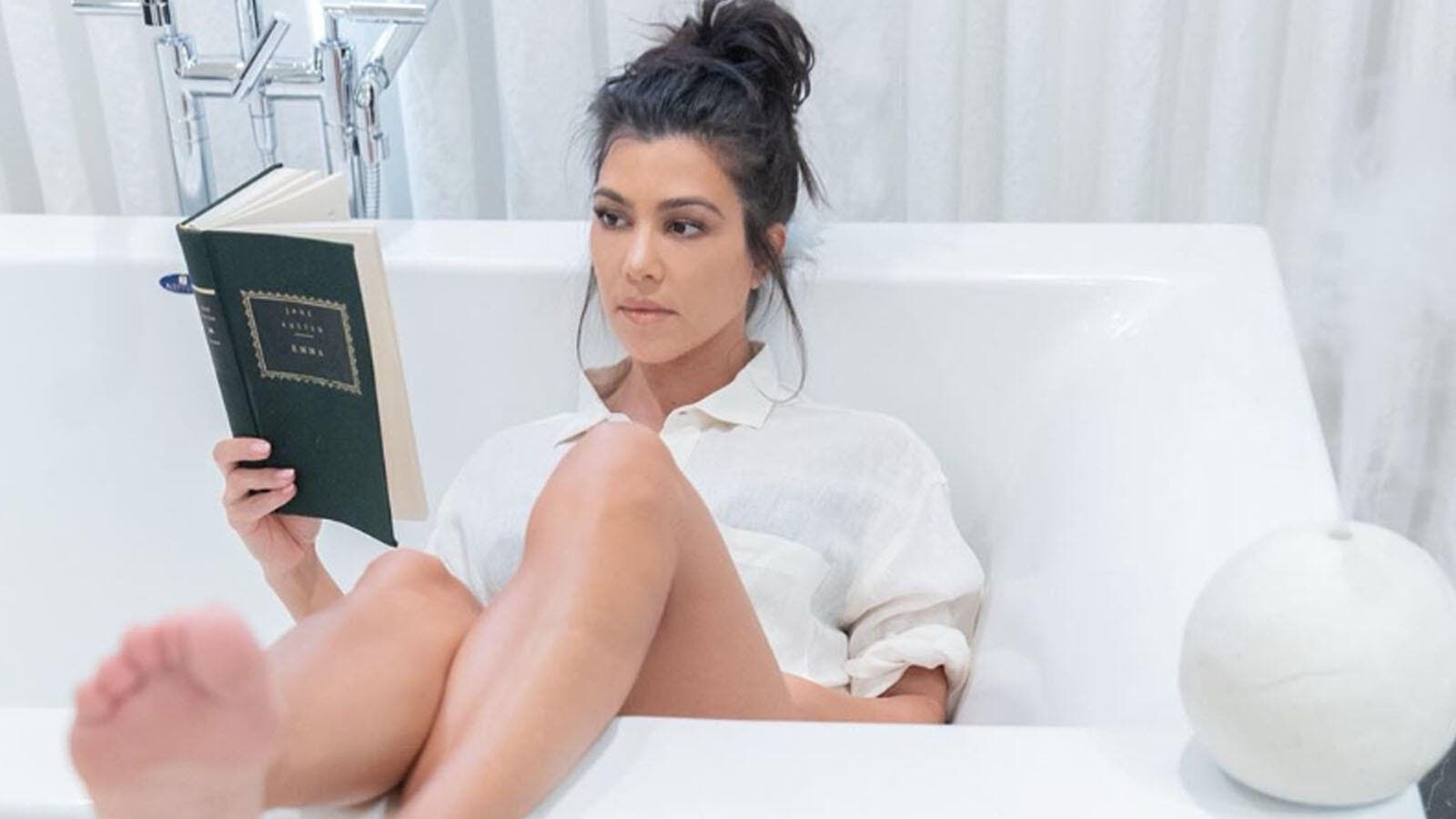 Twitter users poked fun at US reality television star Kourtney Kardashian’s “Armenian playlist,” which she shared on her website Poosh.com earlier this week, over its mostly Arab music.

Kourtney visited the country with her sister Kim Kardashian, who baptized her children during a visit to their ancestral homeland, Armenia.

After the visit, the reality star took to her website, and her Instagram Stories, to share a specially curated playlist titled “Armenian playlist” — except the head-bopping tunes were mostly Arabic.

While the list did include Armenian music, Kourtney, the eldest of the Kardashian sisters, also had a number of Arabic hits such as “Lolaak Habibi” by Egyptian star Tamer Hosny, “Boshret Kheir” by Emirati singer Hussain Al-Jassmi and “Ya Tabtab Wa Dallaa” by Lebanese sensation Nancy Ajram.

According to her website, “The curation includes a mix of new and classic rap, Arabic pop, and R&B songs she (listened) to on her trip.”

“To be fair she didn’t say it was an ‘Armenian Playlist.’ It’s a playlist for her trip to Armenia. Lord knows my Paris playlist isn’t exclusive to French music,” one fan

To be fair she didn’t say it was an “Armenian Playlist”. It’s a playlist for her trip to Armenia. Lord knows my Paris playlist isn’t exclusive to French music. https://t.co/ZfGqCPCg0A

But other users chose to tease Kardashian over her choice of title.

“When a majority of Kourtney’s Armenian playlist are Arabic songs looooool (sic),” one user tweeted.

when a majority of kourtney’s armenian playlist are arabic songs looooool pic.twitter.com/mb6EyoJQCI

“I laughed at it being called an Armenian playlist when 7/8 of the songs are Arabic,” another Twitter user posted.

Kardashian’s Armenian ancestors on her father’s side emigrated to the US from an area that now lies in Turkey.

The visit was the stars’ first to the nation since a 2015 trip marking the centenary of the mass killings of Armenians that saw her husband give a chaotic, impromptu concert in capital Yerevan.

The sisters were accompanied by Kim’s four children — aged four months to six-years-old. Her elder daughter, North, was baptized in 2015 in the Armenian church in Jerusalem, but joined her siblings in Armenia. Rapper Kanye West, Kim’s husband, was not present at the baptism.

“Thank you Armenia for hosting my family and I in such a memorable trip,” Kim  posted on Instagram at the time. “So blessed to have been baptized along with my babies at Mother See of Holy Etchmiadzin, Armenia’s main cathedral which is sometimes referred to as the Vatican of the Armenian Apostolic Church. This church was built in 303 AD.”

On their visit, Kim gave a speech at the World Congress on Information Technology, where she heaped praise on Swedish teenage climate activist Greta Thunberg, calling her a “brave and amazing young woman” and said she shared her concerns about climate change.

Talking about plans for her businesses, which include beauty products and shapewear, Kim said she was considering opening a factory and investing in Armenia.

“I'm excited as tonight I have a meeting and I'm gonna talk about future investments and opening up a factory here and how to really bring this (business) to Armenia (sic),” Kim said.