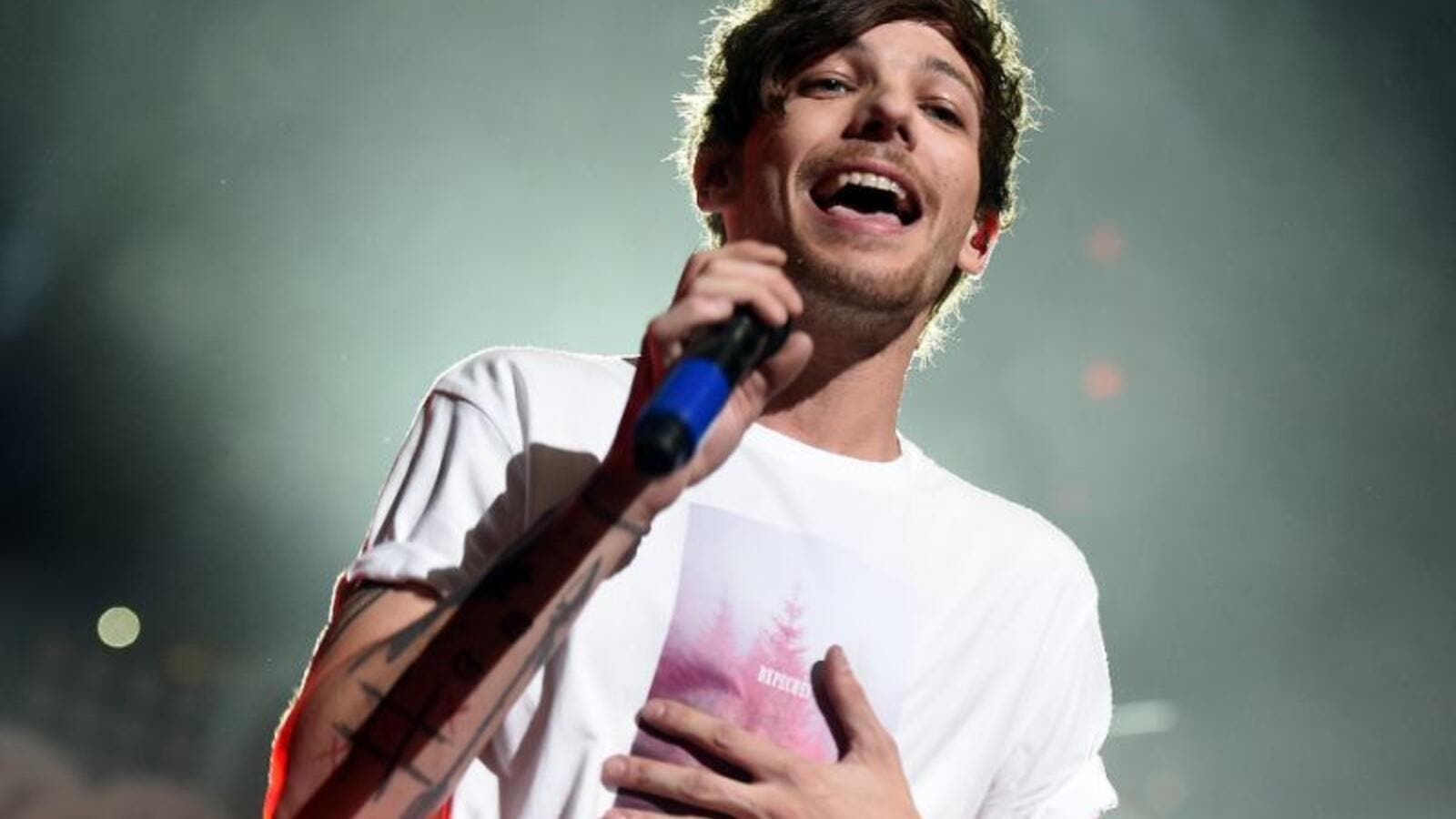 Singer Louis Tomlinson was in the baggage claim at Los Angeles International Airport with a girlfriend when he entered a tussle with a photographer (AFP Photo/KEVIN WINTER)
Highlights
Louis Tomlinson wants to marry his girlfriend Eleanor Calder, but has insisted any engagement rumours are currently untrue.

The One Direction star reunited with his childhood sweetheart two years ago after they previously dated between 2011 and 2015, and has now said he's so convinced Eleanor is the one for him that he's thinking about tying the knot with her one day.

Louis and Eleanor have already been the subject of engagement rumours, and whilst the 28-year-old singer - who has four-year-old son Freddie with Briana Jungwirth- insists they aren't true, it isn't something he's ruling out entirely.

When asked about the rumours, he said: "Yeah I saw some of that. It isn't true, but the luxury with Eleanor is I've known her since before our first single 'What Makes You Beautiful', so she's felt the whole growth of everything.

"As I've got to understand it, she has too, and I have the benefit with her that we've seen it for what it is."

And when pushed to answer whether marriage is a possibility, he added: "One day, yeah, I'd imagine so. If you're asking me if I'm going to marry her? Yes, I think so! And more kids, I'd say so."

Once he's settled down with Eleanor, Louis would also love to enrol in university to study psychology, after missing out on the opportunity when he found fame with One Direction in 2010, when he was just 18.
Speaking about his future goals, he said: "I've been very lucky but one experience that I know I would have loved is university, mobbing out and meeting new people.

"Someday it will happen. I'd study psychology. And I've just started reading again, I just picked up this Beatles book, so I'm trying to educate myself a bit more.

"I just thought I'd pick up a few books, because I realised that I don't read at all - and for a songwriter that's pretty criminal."

But before he heads off to university, Louis will release his debut solo album 'Walls' on January 31, and has said the record - which has been four years in the making - showcases his unique sound.

Speaking to The Sun newspaper's Bizarre column, he said: "I've never been driven by money, but I've got a point to prove to myself. I think I was frustrated before, because I was in a few writing sessions where no matter what I said at the start of the session, the concept at the end was always something different. But after a while I decided to scrap all of that, and own this myself.

"I struggled with it for the first couple of years. I was trying to work out exactly what my sound was.

"I didn't have the luxury every other developing artist has of making mistakes in the background until you land on that one you get excited about and that's why it took me a second go to get it right."