Actor Mahmoud Al-Mahdi announced that he has officially tied the knot with Menna Arafa.

The actor confirmed that that ceremony was secret, small and intimate, with a limited guest list from both families. 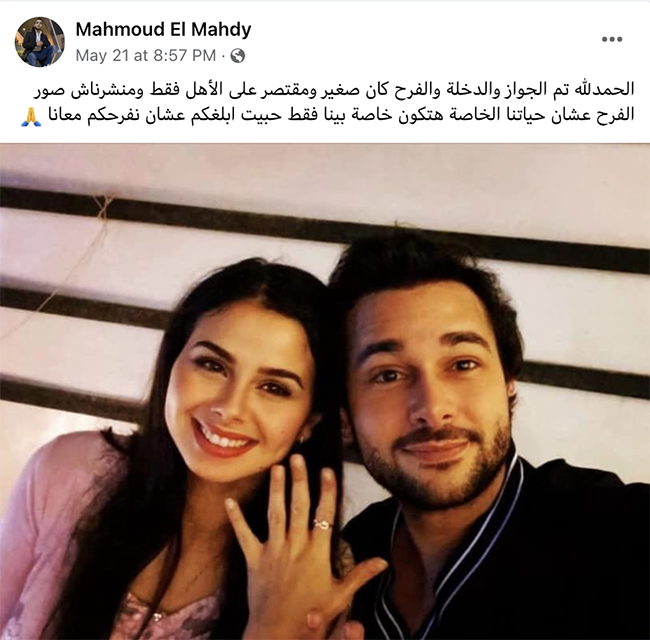 For details, Mahmoud shared a picture on his official Instagram page featuring him and his new wife with the ring on her left hand, In the caption, the actor strangely announced that he had slept with his new wife.

Al-Mahdi wrote: 'Thank god, we got married, and

consummated the marriage, we also did not share picture of the small ceremony as we want our privacy, and I only told you for you to be happy with me'