Maluma Trends as He Makes Out With His Girlfriend

The video of the artist and international star Maluma kissing his girlfriend intimately in public caused a great fuss on social media. 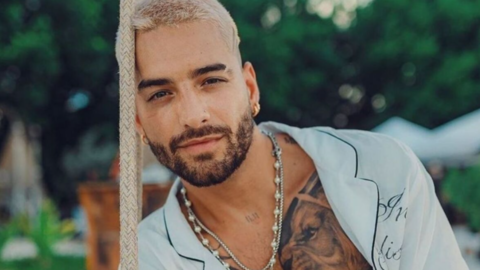 In detail, the world-famous singer Maluma surprised the audience while performing his new song, called Junio, on the stage at the 2022 Billboard Latin Music Awards, as he got off the stage and approached his girlfriend who was sitting in the first seat at the concert and kissed her passionately and then completed his review board that won the audience’s admiration.

Maluma has been dating the accomplished Columbian architect and interior designer Susana Gomez since August of 2020.